Chessies, the day has arrived: Jesse Metcalfe‘s final episode of Chesapeake Shores aired on Sunday, and it was a bittersweet affair for former lovebirds Trace and Abby.

Much like in the Season 5 premiere, Abby’s family keeps asking her how she’s doing, and she puts on a tough front while wistfully thinking back on her and Trace’s last interactions together. She remembers via flashback how she discovered that Trace was selling his half of The Bridge to Mick. Following Abby and Trace’s big “stop chasing ghosts” moment from the season opener, he decided it was time to leave Chesapeake Shores for “a fresh start.” 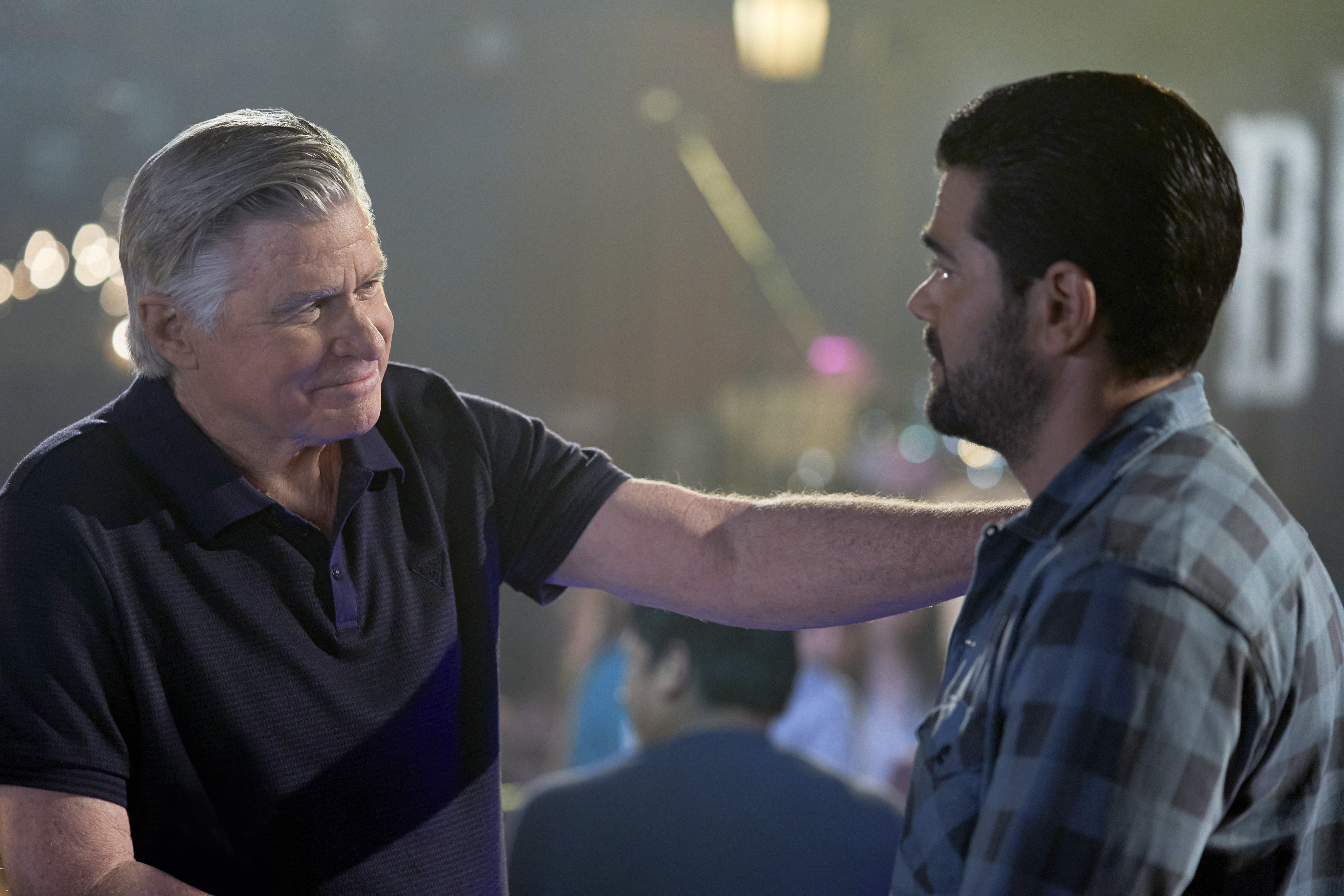 In a separate flashback to his farewell night at The Bridge, Trace and Mick shared a sweet heart-to-heart, with Mick telling the young man that he’s always respected him, and Trace returning the sentiment. “There’s always another path, and I know that you’ll find yours,” Mick reassured him.

Overwhelmed by emotion, Trace told the O’Brien family table that he would be right back, but Abby knew better. “He doesn’t like goodbyes,” she noted.

Then in the most emotional of the remembrances, Abby recalled how she went outside to confront her ex about leaving without a word. “What haven’t we said to each other over the years?” Trace wondered, to which Abby replied, “I don’t think we’ve ever said goodbye.”

Trace admitted that he didn’t know where he was going. Something was missing inside of him, and he tried to fill it with music and then her, he explained to Abby. Now he was going to try to find it inside of himself. Abby wished him luck, and he said he’d miss the girls and her. “You deserve the best, Abby,” he added. 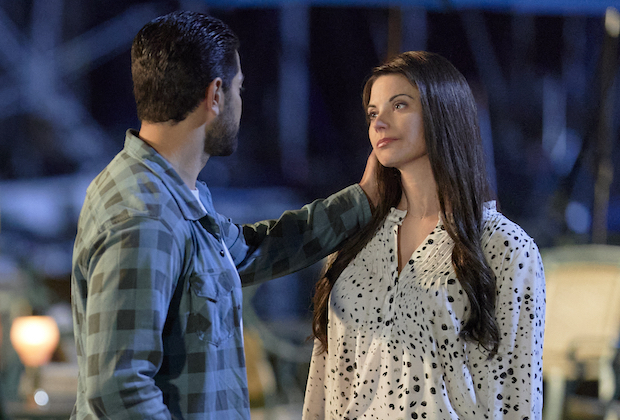 “So do you,” she responded.

Back in the present, Abby confesses to her dad that while she’s sad, she’s excited to find out what comes next. After a run — and a tug-on-your-heartstrings montage of Abby and Trace’s highs and lows — Abby asks Kevin how long it took him to get over his own breakup. Kevin gives her some words of wisdom from their gran: “You can never heal by going back to what broke you.” Something tells me the arrival of iZombie vet Robert Buckley next week might help with that heartache down the road. Or there’s always teacher Jay, who’s still very sweet on Abby as he patiently waits for her.

In other romantic entanglements:

* Bree reveals that when she was in London, she had dinner with Simon… and his new girlfriend. Now that she’s back home (and taking on a university teaching job), she’s got some new romantic prospects, including her former high school nemesis Jerry, whom she’s seeing in a whole new light. Me, however, I’m feeling her former high school crush, the down-on-his-luck Luke.

* Jess’ future mother-in-law leaves behind a fancy diamond necklace as a bribe to sign the prenup. Jess frets and frets about telling David… and then learns that he burned the papers when he found them!

#Chessies, what did you think of Trace’s swan song? Was it a satisfying goodbye? Hit the comments!