THE PERFORMANCES | Choosing a favorite performance from The White Lotus is like choosing a favorite food from the luxury hotel’s breakfast buffet: There are just too many delectable choices. But in the HBO comedy’s Season 1 finale on Sunday, Lacy and Daddario truly stood out, as newlyweds Shane and Rachel’s rapidly crumbling marriage exposed the deep fears and resentments within both of them.

It almost hurt to watch Daddario in the final episode, Rachel was such a catatonic mess after realizing she didn’t want to be married to an entitled jerk like Shane. (She visibly recoiled when Shane tried to spoon her in bed.) Daddario’s eyes welled up with tears and her voice trembled as Rachel finally confronted Shane, telling him she made a mistake: “I don’t want to be a plus-one my whole life.” Shane lashed out at first, naturally, but he was genuinely hurt, too. Lacy was masterful throughout the series at portraying the callous heights of white male privilege, but he also deftly let us see how lost and confused Shane was when he didn’t get something he wanted for once. (We want to hand this man an award just for getting us to sympathize with a nightmare like Shane. Bravo!)

There were comedic moments, too, of course, like Shane discovering and reporting the, um, surprise that Armond left in his luggage. But the magic of The White Lotus is how it got us to giggle at these pampered guests, but also to understand them as well. We were crushed when Rachel decided to go back to Shane anyway — but thanks to Daddario’s heartbreaking work, it made a very sad sort of sense. And yes, Shane is an entitled jerk, but Lacy showed us that entitled jerks have feelings, too. There are many reasons why we don’t want to check out of The White Lotus, but Lacy and Daddario’s layered, insightful performances are at the very top of that list. 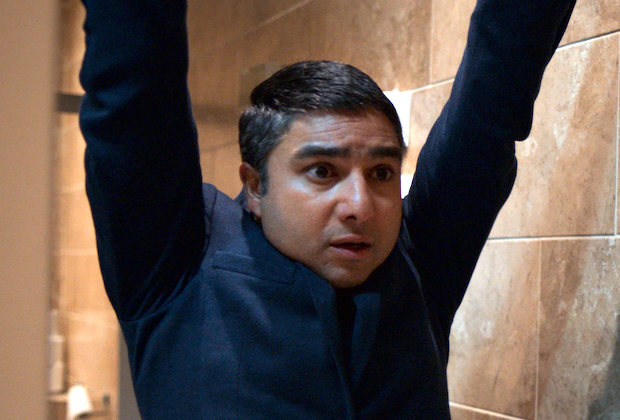 HONORABLE MENTION | As Ted Lasso‘s cowering kit man-turned-assistant coach Nathan Shelley, Nick Mohammed has spent the last season and a half talking under his breath. But during Friday’s episode, the actor got to play the character at both his most timid and his most brazen — and he excelled on both fronts. Mohammed made us feel for Nathan as he politely requested, and was subsequently denied, a preferred table at his parents’ favorite restaurant. And he made us laugh without saying much of anything, as he paced outside Keeley’s office and built up the courage to ask for her help. Funniest of all was when he halfheartedly mimicked Rebecca’s power pose in the mirror before he decided, no, “I’m Nathan F–king Shelley.” And from then on, Mohammed instilled in his character a newfound swagger. He was still just “Nate the Great,” only now he was beaming with confidence — and Mohammed straddled that line perfectly. 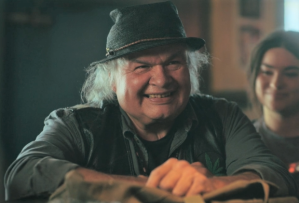 HONORABLE MENTION | When the Reservation Dogs pulled up to a sign that read “Stay out, f–kers,” we knew Uncle Brownie was going to be a trip. Gary Farmer exceeded our expectations in Episode 3 playing Elora’s uncle, an old-school stoner who loves fighting and loathes children. The actor pushed his performance to extremes, first by brushing the kids off with an icy front, and seconds later, by hobbling and yelping in delight upon finding his buried treasure — a 15-year-old jar of weed. His disposition softened even more as he spoke of his deceased sister, giving us our first glimpse at the character’s ooey-gooey center. Later, Farmer revved up Brownie’s kookiness while attempting to sell his rank stash (despite the town having a perfectly legal dispensary) and recalling a time when he knocked out 20 bar patrons. By the time he tenderly acknowledged the importance of family to his niece, we were already hoping we haven’t seen the last of ol’ Brownie. 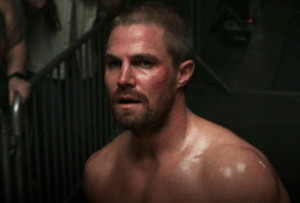 HONORABLE MENTION | The first thing we see in Heels is Stephen Amell’s herculean leap across the ring from the top rope, a beautifully executed coast-to-coast jump and a fitting introduction to the Starz family drama about wrestling. The actor is wholly believable as Jack Spade, a loving father, wrestler and owner of the Duffy Wrestling League. Amell delivered a lovely, nuanced performance as a headstrong man who firmly believes he knows what’s best for his little brother Ace (played by Alexander Ludwig). That really came across at the end of the first episode, when Jack made a difficult decision that would ultimately hurt his sibling. You could feel the heartbreak in the ring as it happened, and in the seconds afterward when the realization set in. It felt impossible to imagine Amell as anything other than Arrow’s Oliver Queen, but his commitment and natural ease in this role makes you forget all about the green hood he once wore.