Bill Kurtis can’t go on vacation without strangers recognizing him and inquiring about old Cold Case Files episodes that still haunt them.

“They walk up to me and say, ‘Whatever happened to that 18-year-old whose body was found?’ and I swear to God, I can’t remember all 137 episodes,” Kurtis confesses to TVLine. “So I nod my head and say, ‘That’s Episode 79. That was chilling,’ just to keep things moving. And it works most of the time. That’s my life.”

Perhaps this level of recognition is one of the reasons Kurtis is returning this week as the host and voice of A&E’s Cold Case Files after a 15-year hiatus. The true-crime series will air Fridays at 9/8c and continue to highlight the 1 percent of the nation’s 100,000 unsolved cases that eventually get solved. (The show enjoyed a standalone Season 6 on Netflix in 2017, but actor Danny Glover hosted and narrated that incarnation.)

Aside from that year, Kurtis has delivered the authoritative voiceovers behind every installment and has accrued quite the following as a result. There are also those who love him for his cohosting work on NPR’s news quiz show Wait Wait… Don’t Tell Me and his narration work on 2004’s Anchorman.

Kurtis, a retired CBS anchor and broadcast journalist, also hosted the A&E series American Justice and Investigative Reports and executive-produces Cold Case Files and CNBC’s American Greed. But it’s the true-crime nerds who show him the most love. For them, Kurtis propagated the genre long before the sexy advent of podcasting.

“They were kids watching Cold Case Files back when I was doing it,” Kurtis says of his average fan. “All these years later, and I’m their hero. They want to interview me, and I love it. How many of us get to go back 20 years later, after a show began, and look at it again with all of the experience that you’ve gained in the interim? It’s great.” 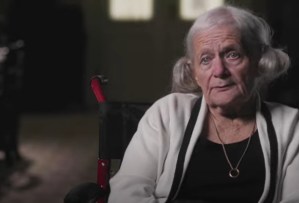 Friday’s season premiere takes a closer look at the case of Mike Williams, a duck hunter in the Florida Panhandle who disappeared in 2000. After the case went cold, his mother Cheryl Williams never gave up hope that her son would be found and the mystery would be solved.

“It’s about giving survivors a sense of justice and closure,” Kurtis shares. “Very often, the pivot point comes from within the family itself. Suspects can lie, and the police only have so much money and time to dedicate to each case. They put it aside and leave it open, and then the family takes over. That’s the most interesting and important part. Very often, cold cases turn on family involvement.”

As for fans of the show and true-crime aficionados alike, Kurtis says he has long understood the allure.

“It’s always been a good story,” Kurtis surmises. “True crime has all the elements. You have the Sherlock Holmes effect of solving a puzzle with good legwork and technological tools. There’s heightened mystery and horrors. And it’s good news, because the case gets solved.”