Which Ted Lasso twosome are about to reunite? Will real life detour SEAL Team? What’s ahead for that S.W.A.T. couple’s UST? Read on for answers to those questions plus teases from other shows. (Email any brand-new Qs to InsideLine@tvline.com.)

Any scoop for the second season of Ted Lasso? –Ana
This Friday’s episode puts Nick Mohammed’s Nate at the forefront, as the kit man-turned-coach gets a lesson in how to be assertive — from Keeley and Rebecca. Roy, meanwhile, must interact with Ted for the first time since retiring from AFC Richmond. And for those who enjoyed the Christmas episode’s ode to Love, Actually, you’ll be delighted by several romantic-comedy references peppered throughout the last 10 minutes.

I’m curious how (or even if) SEAL Team plans to address the current situation in Afghanistan. Bravo has deployed there several times. –Andrea
No immediate course correction will be needed, as I am told that the team’s first Season 5 mission will take them to a completely different part of the world.

Is Hope Mikaelson going to be a tribrid in Legacies Season 4? And is show going to be darker than it was? –Igor
Showrunner Julie Plec answered your Qs thusly: “Too soon to tell,” and “Oh yes.” 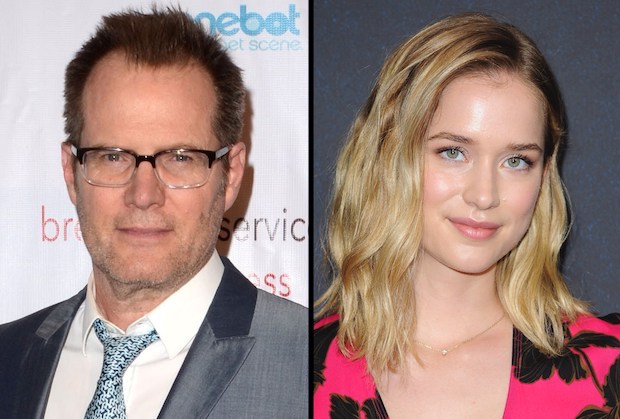 Any scoop on NBC’s Ordinary Joe (premiering Monday, Sept. 20)? –Faith
I’m not big on “scooping” shows that haven’t even debuted yet, but as it so happens I have a bit of exclusive casting news. On the Sliding Doors-y drama starring James Wolk (Zoo), James Wolk (Political Animals) and James Wolk (The Crazy Ones), Jack Coleman (Heroes) will recur as Dr. Douglas Banks, the father of Elizabeth Lail’s character.

Any idea when we’ll get the final season of Insecure? –Malasha
I would plan on sooner rather than later.

Any info on Kara and Lena’s reunion in the Supergirl summer premiere (airing Aug. 24)? –Olivia
They briefly hug…? But beyond that, Kara’s quite preoccupied after realizing that Phantoms terrified National City in her absence, while Lena is busy helping save the day (and noticing that a fellow team member is in quite a funk).

I’m so looking forward to Muppets Haunted Mansion on Disney+ (out in October)! But is there any word of Rizzo the Rat being involved? The character hasn’t been seen in anything other than Muppet Babies in recent years, and he seems like he would be perfect for this special. –Dave
See, now this is the sort of unusual question I live for! So I asked around, and I can confirm that eagle-eyed viewers may catch a glimpse of Rizzo during a spooktacular, show-stopping musical number. 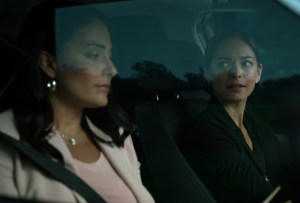 Since this is Burden of Truth‘s last season, will there be any familiar faces returning, like Billy’s niece/Luna’s ex Molly? –Amber
“Unfortunately, Sara [Thompson, who played Molly] is very busy. She’s off in the world, and it hasn’t ever quite worked out,” star/EP Kristin Kreuk tells TVLine, adding that “Luna’s relationship this season is a more long-term kind of relationship.” But at least one character will be back: As Owen keeps promising, his other half Diane (played by the ubiquitous Nicola Correia-Damude) will indeed return to Millwood — and just in time, because her friend Joanna could definitely use her support. “We have such a lovely few scenes together, so it’s really nice,” Kreuk says.

Will Keisha Castle-Hughes be returning to FBI: Most Wanted? I haven’t seen any photos of her on set yet.  –Stephanie
Have no fear, KC-H is back for Season 3 as Special Agent Hana Gibson.

With Riverdale‘s Jughead spiraling, any chance Skeet Ulrich will show back up? –Lori
I brought your query to showrunner Roberto Aguirre-Sacasa, and he responded, “Listen, we love Skeet, and we tried to get him back this season, but the timing didn’t work out, especially because of all the COVID restrictions. But we’d happily welcome him back, and will try to again in Season 6!” 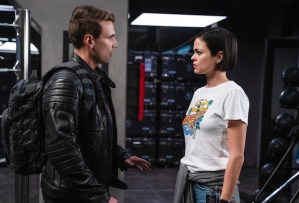 Anything on S.W.A.T.‘s Chris/Street? –Stephanie
I relayed your Q to EP Shawn Ryan, and he wrote back, “We’re well aware of the fan interest in a possible romantic relationship between Street and Chris and we have every intention in providing some closure about it this season (premiering Friday, Oct. 1). Big changes are in store for the two of them.”

There has got to be some significance to Nic Bishop playing three different characters across three episodes of Legends of Tomorrow in the same season, right? –Andy
While the casting of Jes Macallan’s real-life significant other was largely COVID-practical, Ava’s portrayer shares in your conspiratorial thinking. “I’ve pushed so many different storylines of what that could be, and you never know with Legends — it could turn into something, the reasoning he kind of pops up everywhere,” she told us. “But who knows, that’s just me dreaming, pitching my own versions of the show.”

Please keep me up to date on anything Lucifer Season 6. –Laurie
Having screened all 10 episodes by now, I am happy to report that the “bottle” episode that D.B. Woodside directed (titled “Save the Devil, Save the World”) is extremely entertaining and insightful — and showcases a definite Performer of the Week candidate. 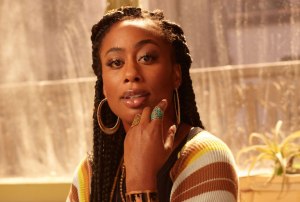 What’s coming up for Good Trouble‘s Malika and Dyonte? Are they going to last? –Michelle
With the poly couple also being competitors for the full-time job at their DPN internship, “there’s definitely a challenge coming up in that space for [Malika],” her portrayer Zuri Adele tells TVLine. “She’s also having to confront codependency in her relationship, because her idea of what it means to be supportive of Dyonte could betray herself — and not just herself. It’s her work, and her work is connected to the liberation of so many people and the justice of so many people.” Needless to say, Malika and Dyonte’s professional/personal dynamic “starts to get really complicated, and the stakes are really high,” Adele adds.

Any scoop on how Titans‘ Jason “came back to life”” –Doug
That reveal is coming (though I have not yet watched the screener), but I do recall Curran Walters mumbling something about the L-word — Lazarus — during our recent interview. Bonus scoop: This Thursday’s episode is a big one for the oh-so-patient Starfire/Blackfire fans.

Is there any update on Final Space Season 4? I can’t stand the thought that there won’t be any more episodes! –Joe
Then brace yourself, Joe, because I’m, hearing crickets on that front.

If you want the Inside Line on a favorite show, email InsideLine@tvline.com! Questions left in Comments will not be read and may very well count against your final score. (With additional reporting by Ryan Schwartz and Vlada Gelman)