Janina Gavankar is poised to raise some Hell in Helena as a Season 2 cast addition for ABC’s Big Sky.

The alum of such series as Sleepy Hollow and The Mysteries of Laura has been tapped to fill the series regular role of Ren, an enigmatic woman who, in the wake of a car wreck involving one of her employees, comes to the Montana town hunting for answers — including about who exactly betrayed her. (Deadline has more details.) 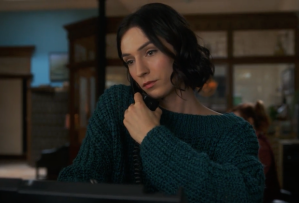 Additionally, Anja Savcic, who recurred during the back half of Season 1 as slithery Ronald’s new girlfriend Scarlet, has been upped to series regular, while OG cast member Jesse James Keitel has been bumped to recurring, as Jerrie.

As previously reported by TVLine, Omar Metwally, whose U.S. Marshal Mark Lindor was seemingly left for dead in the Season 1 finale, is returning in Season 2 as a series regular, while neither Britt Robertson, who played Cheyenne Kleinsasser in Season 1B, nor Michelle Forbes, as Kleinsasser matriarch Margaret, are due to return.

Big Sky is on the move for Season 2, now airing Thursdays at 10/9c (starting Sept. 30) — as well as switching filming locations from Vancouver to New Mexico.

Want scoop on Big Sky, or for any other show? Email InsideLine@tvline.com and your question may be answered via Matt’s Inside Line.