Creature adventurers of all ages have come to know and love Koki as the Afro-rocking, whip-smart computer expert and mechanic opposite main characters Chris and Martin on PBS Kids’ beloved animated series Wild Kratts.

What fans may not have known is Heather Bambrick, a white voice actress, vocalized the Black character for the better part of six seasons. This changed shortly after 2020’s racial reckoning, however, when producers battled public scrutiny for not employing a Black actress to bring Koki to life.

The Kratt Brothers Company and 9 Story Media Group, the two companies that produce the series, have since recast the character Koki with actress Sabryn Rock. She voiced the role for the final episode of Season 6 and will continue to do so in Season 7, which has yet to land an official premiere date.

“PBS Kids and the series producers of Wild Kratts wholeheartedly believe that we must insist on diversity in children’s programs, both on screen and behind the scenes,” a PBS Kids spokesperson tells TVLine in an exclusive statement. “We strive to present all children with positive role models, who reflect their natural curiosity, resilience and empathy — beginning with the important step of ensuring that they see themselves reflected authentically in our content.”

Other animated shows such as Netflix’s Big Mouth and Apple TV+’s Central Park have recast Black and mixed-race characters in light of the industry’s push for more culturally and racially accurate portrayals. Ayo Edebiri replaced Jenny Slate as the voice of Missy on Big Mouth, and Emmy Raver-Lampman took over the Molly role from Kristen Bell on Central Park. 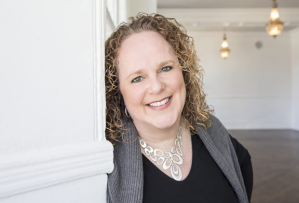 Although fans didn’t hear Rock voice Koki until last month, Wild Kratts producers say they officially made the casting switch in September of 2020. Bambrick, in turn, says she understands the need for bona fide depictions.

“While I do miss working on this award-winning show, I am pleased to know that there is a greater sense of authenticity in the presentation of Koki,” Bambrick states. “I support PBS Kids, TVO, and Brown Bag Films in this step towards equality, inclusion, and lasting change.”

Rock says she appreciates the opportunity.

“It’s been so wonderful to join the Wild Kratts team as Koki,” she exclaims. “What a treat it’s been to portray such a smart and confident character that isn’t afraid to speak her mind. I also love that she’s a skilled mechanic and tech expert and believe she serves as an important role model for young people of color, especially girls, interested in those things.”

Rock, whose past TV credits include Nikita and Black Mirror, describes Koki as a once-in-a-lifetime role. “We don’t see characters like Koki that often, which is why it’s such a pleasure to voice her,” Rock adds. “She’s so well-rounded — intelligent, wry, fun and I absolutely adore her.”