Warning: The following contains spoilers from Thursday’s Walker finale. Proceed at your own risk!

Walker finally got closure about the night his wife Emily died, but viewers were left with plenty of questions during Thursday’s season finale.

First, a brief recap of the biggest revelations from the episode: Not knowing who he can trust, Walker took Stan into his own custody rather than immediately turning him over to the authorities. Stan eventually admitted to the entire Walker family that he fired the fatal second shot that killed Emily, who had stumbled upon a Northside Nation drug deal. (Stan had gotten indebted to the group when retirement funds started to run low for judges and other officials.) Just as Walker was taking Stan in to testify to his crimes, an unidentified sniper shot at Stan, who was left in critical condition. But more importantly, Walker was actually the intended target! Captain James then privately asked Micki if she would go undercover to stop this new threat, the Del Rio crime syndicate. Meanwhile, Walker cozied up with his kids at home… as someone watched the family via hidden camera!

Below, star Lindsey Morgan breaks down that creepy final image, Walker’s new enemy and what Micki’s potential undercover gig means for her relationship with boyfriend Trey.

TVLINE | What was your reaction to that final scene where Walker’s family is being spied on in their own home?
It just made me want Season 2 to come even faster! I can’t even imagine what bigger ploy is at play here, and what exactly have the Walkers and Emily stumbled into and what this all means, and where is it all going? It just makes me really excited to see what happens. 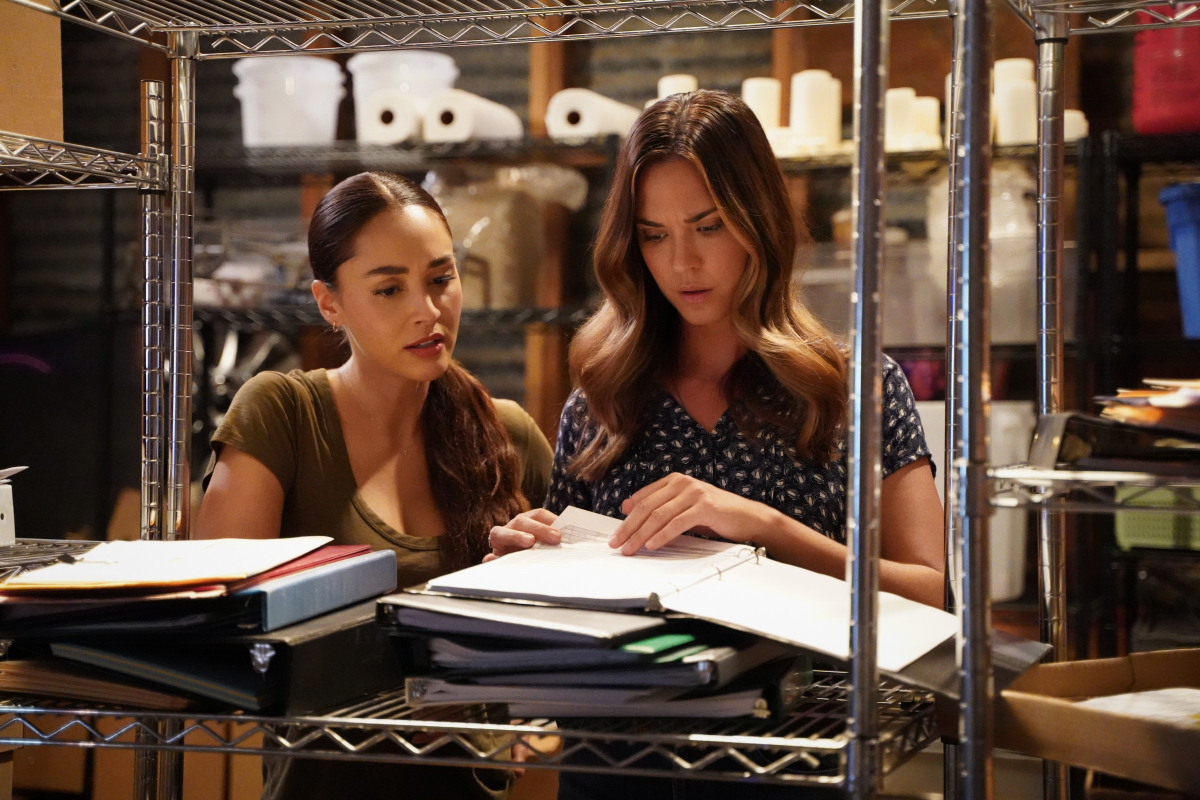 TVLINE | I imagine for you, as an actress, the idea of going undercover must be very exciting.
Yes. It was one of my favorite episodes when Micki did get to go undercover as Adriana, and she got to jump back and forth between Micki and Adriana. I thought that was super fun, getting to play kind of two characters at once. I love the chance to stretch as an actor and getting that opportunity.

TVLINE | When Captain James presents Micki with that opportunity to go undercover, we don’t see her accept the job. Has she already agreed to it when she comes back home to Trey? 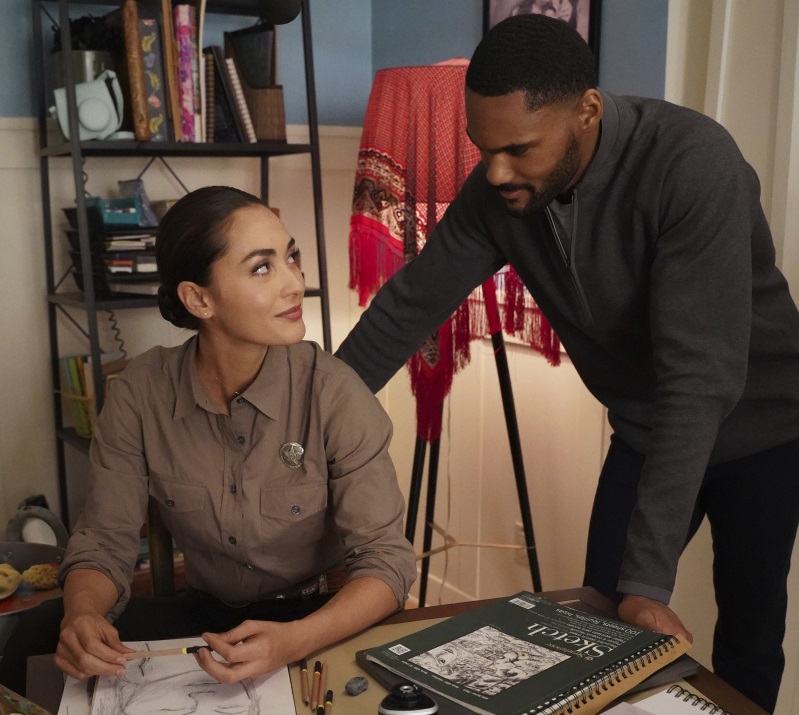 I don’t think she’s agreed to it. But I also think she struggles, and she’s afraid to have the conversation about it. Ultimately, she knows it’s her decision, and she’s struggling with, “Well, if I want a family, and if I want this relationship to work, then it’s not really just my decision. It’s a joint decision.” But then the other hand is, “It’s my career, it’s what I do to fulfill myself. And also, it’s my personal responsibility to protect Walker, and I feel very strongly about protecting him.” So I think she feels like, “Well, I have to make this decision alone, and I can’t let Trey or the thought of family in the future influence me.” So I think she’s scared to have that conversation with him, and she’s scared, for the first time, that her decisions may be compromised by people in her life. I think up to this point, she’s been a bit of a lone wolf, and she did that on purpose so that she wouldn’t be compromised or feel like she’d have anything to lose. But now she has so much to lose, and it really puts her in a tough place of: What is she going to do?

TVLINE | From what you’ve seen so far and maybe what Anna has teased to you, how does this new crime syndicate compare to the enemies that we saw Walker and Micki face in Season 1, primarily Rodeo Kings and Northside Nation?
I think the Del Rio group is just so much bigger. It’s on such a different scale than what we’ve seen from Rodeo Kings and Northside Nation. I think this is something that no one realizes how big it is and how deep it goes and just how twisted it can be. I don’t know too much, but I just know it’s big.

TVLINE | And the fact that they’re targeting Walker, specifically, that’s a whole new level of danger.
Definitely. It’s so dangerous that Captain James and Micki decided to keep Walker out of it to protect him. Is that the right move? Does that really protect him? We’ll see what happens, and we’ll see if they really can.

TVLINE | After they tried to shoot Walker, there was a moment where Stan whispered something to Walker. Do you have any theories about what he said?
Well, Jeff Nordling told me when he whispered in his ear that he said Jared’s breath stinks. [Laughs] But I actually have no idea. I think that he said something different every time, so I still don’t know. 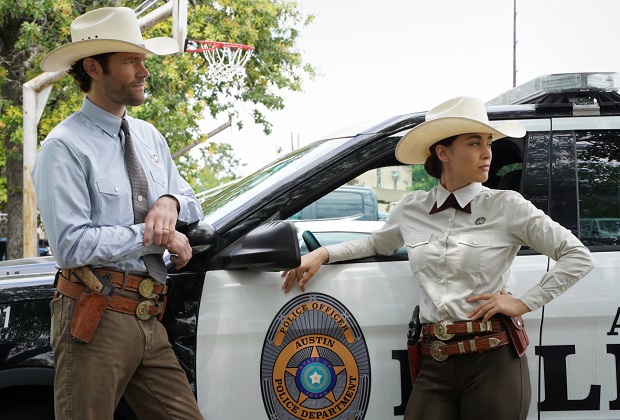 TVLINE | Walker and Micki have come such a long way over the course of Season 1. Where would you like to see that friendship go in the upcoming season?
I feel like in the beginning, even though Micki was super independent and she didn’t need anyone’s help, Walker did do a lot of shepherding for her. He was the veteran, and Micki was the rookie, and so she really looked to Walker for a lot of guidance and decisions. Now I feel like Micki feels a lot more comfortable in her skin and her ability. So as much I love them together… maybe they’re doing solo work, but communicating to infiltrate together. I loved when they both were undercover, even though Walker didn’t know that was going to happen, and they had to work together while not really being able to, I guess, converse about it. You got to see them both in their own spheres, improvising off each other and making decisions, independently, but ultimately as a team. So I think that would be cool, if they got to do a mission like that.

TVLINE | There’s a scene in the finale where you have this big mom brunch, and it seems like Micki’s come to a good place with her two moms. Where are your hopes for that story in Season 2?
It’s going to be interesting, because I think Micki’s work may jeopardize her family life, and I’m curious to see what will happen after she worked so hard to get to this positive place and how it will be affected. I also hope she’s able to keep it intact, and really hope she’s able to explore the relationship with her real mother Mercedes because, essentially, she doesn’t know this woman at all. And it also gives her a chance to know Adriana differently, too. I think there may have been stress and pressure that Adriana had felt raising Micki, knowing it was not really her daughter, but her sister’s daughter. I think it was just an interesting childhood with her being a therapist and Micki just having to be raised in this very academic and critical household. I think now that the secret’s out, Adriana can relax a little bit. Adriana can maybe get to know Micki in a new space, too, as an adult woman, as family.

TVLINE | Is there a character that you hope to have more interaction with next season?
Abeline! I realize I’ve maybe exchanged, like, two words to her, and I love Molly Hagan. She’s such a wonderful actress and a wonderful human being and just hilarious to be around. So I would love for them to have more screen time together.

Walker fans, what did you think of the season ender? Grade it below, then hit the comments!