Ever since Bend It Like Beckham premiered, the prevailing thought in popular culture has been that Indian parents are strict and only want their children to pursue medicine and science. But Spin, the new Disney Channel movie premiering this Friday at 8/7c, shakes up that narrative as it spotlights the DJ dreams of an Indian American girl named Rhea.

Mira, Royal Detective voice actress Avantika stars as Rhea in the movie, directed by Manjari Makijany. Avantika says she loves that Spin explores her character’s creativity and passion to blend DJ mixes that celebrate her South Asian culture with other sounds and influences in her world. 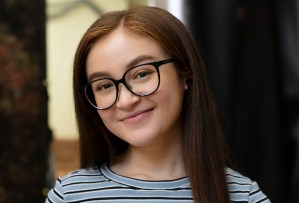 Rhea also has a diverse group of friends, that includes her half-Chinese and Irish friend Molly (the To All the Boys films’ Anna Cathcart), her Black biracial friend Watson (Jahbril Cook) and her white friend Ginger (SEAL Team‘s Kerri Medders).

“Seeing so many different kinds of people on screen will be an inspiration to so many kids,” Avantika said at a recent Spin premiere event in Santa Monica, California. “The movie is so vivid, colorful and inspirational.”

Aryan Simhadri (Will & Grace) plays Rohan, Rhea’s little brother. Rohan tries to convince their father to add chicken tikka tacos to the menu at their family’s Indian restaurant. Simhadri said seeing a movie like Spin is crucial for Indians all over the world.

“I hope Indian people see this and can identify with it,” Simhadri said, mentioning his excitement upon hearing the names of certain Indian foods and customs on other shows. Spin, meanwhile, celebrates the Indian holiday Holi. 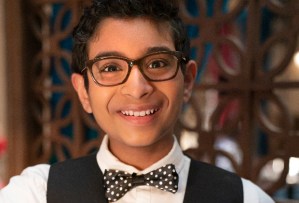 “I know what that is to feel that way. I experienced that with Never Have I Ever,” he added. “It feels great to give that to other people, and knowing that I am doing that for my people is an insane thought.”

“It’s an opportunity for someone like myself, who looks and sounds like me, to play a central role in this movie,” Deol said. “But it also represents the Indian American community and shows that this family is as normal as any other American family. Spin gives us a voice and a platform.”

Rhea is good at science and likes school, but she also has a mind for business and loves music and DJing. Cook said Rhea’s desire to be a well-rounded individual will motivate viewers as well. 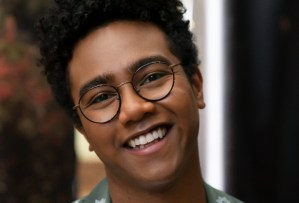 “I hope the audience feels inspired to take up a new skill,” Cook continued. “Rhea’s really doing a lot, and exploring your passions is a scary thing, and you might not know if it’s worth it if you already have one box that you fit into. Hopefully, audiences will watch this and feel empowered to shoot that shot.”

Cathcart added that, like Avantika, she’s proud of all the cultures and people Spin represents.

“It’s great to see people from different backgrounds and cultures and heritages,” Cathcart surmised. “And it’s so cool to be a part of this. Our cast is really eclectic and comes from so many walks of life.”