Gossip Girl Reboot: Everything We've Learned About the OG Characters

Rather than break down every little plot point — we all watched it anyway, right? — I figured I’d focus on the must-discuss moments that will have to sustain us all until Gossip Girl returns for the second half of its season in November. Let us begin…

#JOBIE’S REVENGE | I still wouldn’t say that the Julien-Obie-Zoya love triangle qualifies as compelling, but at least it’s starting to get juicy — even if Zoya showing up at the protest just in time to see Julien with Obie was a little predictable. OK, a lot predictable. Or is it… a Lott predictable? Anyway, I was oddly excited when Julien and Obie kissed amidst the chaos of the protest, not because I feel any specific way about one pairing or the other, but because I just love me some chaos. Always have, always will. 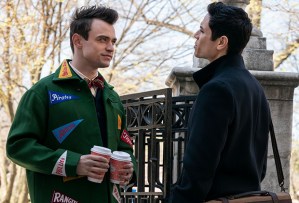 SEX, LIES AND VIDEOTAPE | Speaking of Max’s sex life, I was fully clutching my pearls over the video he sent to Gossip Girl of him going to pound town on Rafa. I mean, it’s nothing I haven’t seen before, but that doesn’t mean I expected to see it here. Germans may not do surprises, as Obie’s mother explained mid-blowout, but this show sure does. That said, I’m glad Rafa deleted the video before Gossip Girl had a chance to post it — if only because his revenge plot against Max might be the show’s most interesting storyline at the moment.

NOT-SO-BREAKING NEWS | On one hand, I’m glad that Aki’s parents — including his father, played by friggin’ Malcolm McDowell — are both fully supportive of their son being bisexual, but it breaks my heart that he wasn’t. able to come out on his own terms. First, Audrey “accidentally” spilled the beans at dinner, then Aki’s dad went and outed him on national TV simply to prove that his company would never mistreat its LGBTQ+ employees. 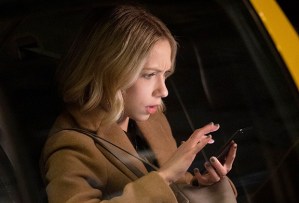 GOSSIP GIRLS AT WAR | Kate has officially created a monster. Several, actually. And I kind of love that Jordan posted a picture of Kate and Nick’s “date,” because she fully deserves a taste of her own medicine. What kind of monster openly leads a man on purely to pump him for information about his dead wife in order to further manipulate his 15-year-old daughter? There’s a good reason we didn’t know who Gossip Girl was in the original series — we would have hated them, which is pretty much how I feel about Kate at this point.

OK, we’ve got a lot to process while we wait for the back half of Season 1, so let’s dive into it. Are we glad that Julien and Obie are back together? What do we think is next for the Wolfe pack (which is totally a thing I’m trying to make happen)? Why did Aki’s dad tell him to distance himself from Julien? And do we all hate Kate, or just most of us? Grade the episode below, then drop a comment with your thoughts and theories.