“You don’t know Kaepernick until you know Colin,” according the official logline for Netflix’s Colin in Black & White.

The streaming giant announced Thursday that the six-part limited series, based on Colin Kaepernick‘s teenage years, will bow Friday, Oct. 29.

Co-created by Kaepernick and Ava DuVernay (When They See Us), the half-hour drama chronicles the athlete and activist’s coming of age story, “tackling the obstacles of race, class and culture as the Black adopted child of a white family.” Jaden Michael (The Get Down) stars as Young Colin, while Kaepernick appears as the present-day narrator of his own story, “guiding viewers through a robust and colorfully presented array of historical and contemporary contextual moments.” Michael Starrbury (When They See Us) serves as showrunner.

The photos above and below reveal the real and fictitious Kaepernick, as the former NFL quarterback revisits his days playing high school football. We also get our first glimpse at Nick Offerman (Parks and Recreation) and Mary-Louise Parker (Weeds) as Kaepernick’s adopted parents, Rick and Teresa.

“I’m excited to share this first peek into a project I co-created with the incomparable Ava DuVernay over the past couple of years,” Kaepernick said in a statement. “I look forward to the world meeting the incredible Jaden Michael, a young actor who plays me during my high school years, just a kid growing up in Turlock, California who wanted to play ball.”

Scroll down to view additional first-look photos from Colin in Black & White, then hit the comments and let us know if you’ll be adding Kaepernick’s bio-series to your Netflix watchlist this fall. 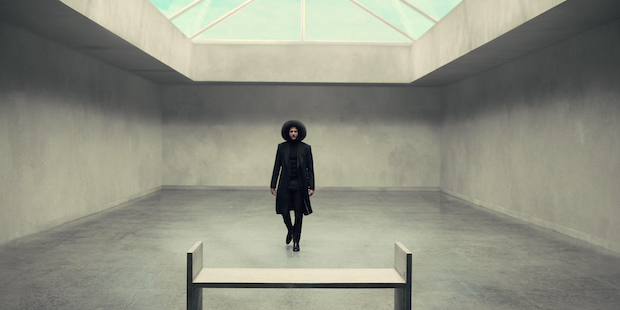 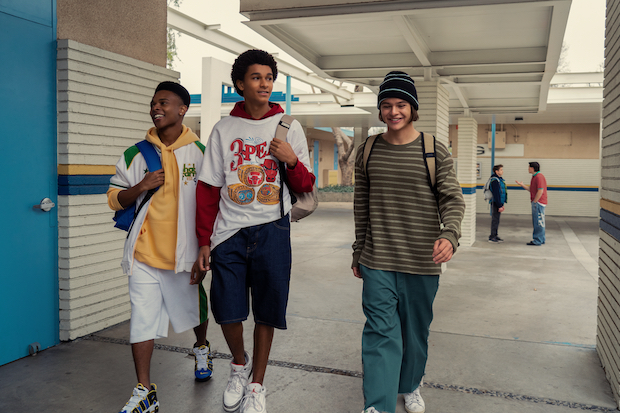 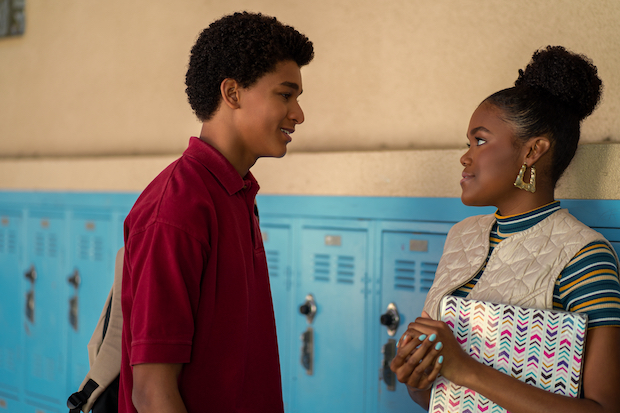 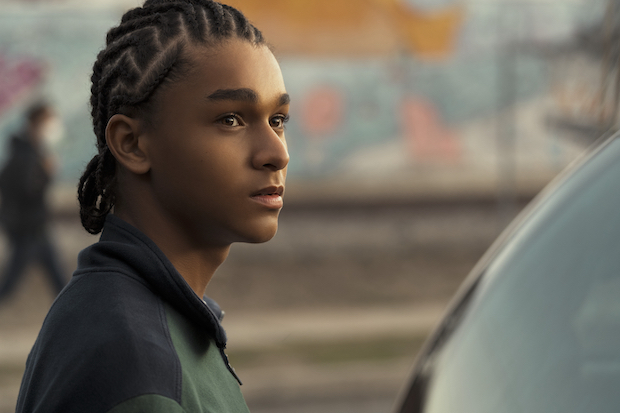