After a 16-month hiatus, Brooklyn Nine-Nine returned to active duty on Thursday night with a final season premiere that reflected real-world crises. But is the NBC comedy equipped to wade through such difficult waters — and with just 10 episodes to go?

In a moment, we’ll ask you to weigh in on both episodes — but first, a terse recap of the changes made to B99 in the wake of high-profile acts of police brutality and an ongoing pandemic, and how they’ve impacted our favorite squad:

After the murder of George Floyd, Rosa quits the NYPD and becomes a private investigator, specifically to help victims of police brutality. In the premiere, Jake offers to assist her with her latest client, Aisha Fulton (Detroiters‘ Shawntay Dalon), a Black woman who faces a bogus charge for resisting arrest after she is assaulted by two uniformed officers from the 74th precinct. 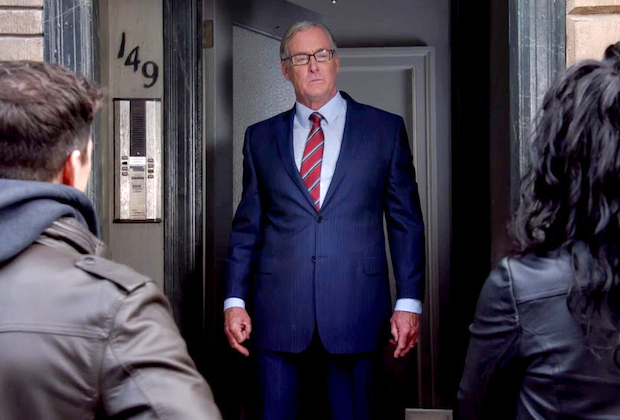 But Jake and Rosa’s efforts to bring the prejudiced cops to justice are derailed — first by the head of the Patrolmen’s Union Frank O’Sullivan (played to frustrating perfection by Scrubs‘ John C. McGinley), who blocks Jake and Rosa from getting a rookie officer to corroborate Aisha’s version of events; then by Jake’s former sergeant, Captain Lamazar of the Seven-Four (Devious Maids‘ Rebecca Wisocky), who destroys the body-cam footage from the arrest. Lamazar explains to Jake and Rosa that there are systemic issues at play, and she is not willing to go to bat for this case and risk her career as one of the NYPD’s few female captains. She does, however, make sure that the charge against Aisha is dropped. 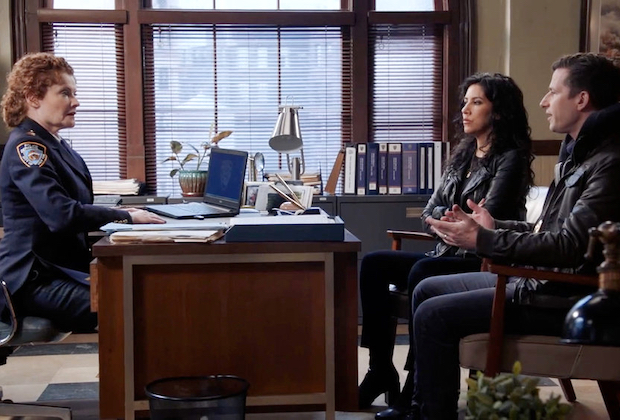 At one point, Rosa tells Jake that resigning from the force was the hardest thing she’s ever done. “I gave up my career, my friends, my whole life,” she says. “But I did it because I couldn’t ignore what I was a part of anymore.” Jake, too, expresses mixed emotions about what it means to be a cop in 2021, and spends much of the episode projecting his insecurities onto Rosa. He’d like to believe he can still do good work as a detective, but he’s now seen first-hand that the system is broken.

Similarly, Charles does some soul-searching… and inadvertently goes “full Schumer” in his efforts to be anti-racist. After accidentally Venmo-ing Terry $10,000 in “reparations” (he meant to send him $100), Detective Boyle promises to tone things down and be less performative in his allyship. 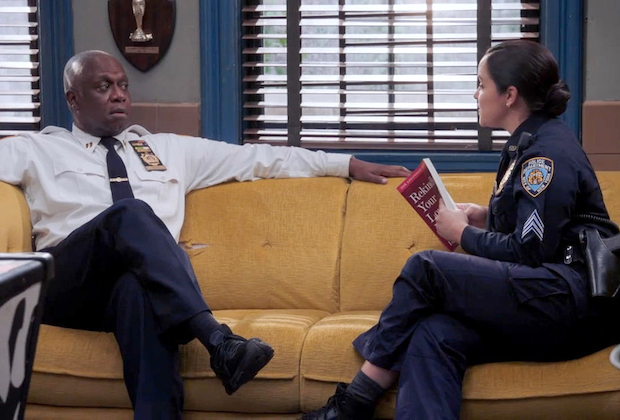 Amy, meanwhile, returns from an extended maternity leave — only after all first responders have been vaccinated against the coronavirus (gee, wouldn’t that be nice!) — and discovers just how much has changed in her absence. For starters, Hitchcock has retired, and now resides in Brazil after getting conned by a cam girl! (Not to worry: Scully’s bestie is still very much present, only now he removes his shirt over FaceTime.) But the thing that bothers Amy the most is a change in her rapport with Captain Holt. She eventually discovers that bossman has been acting differently because of a change in his home life: He and Kevin have separated. He explains to Sgt. Santiago that it’s been “a tough year to be a Black man, and a police captain, and a human.” He has been “pushed to the brink, emotionally and physically,” and it took a significant toll on his marriage. Indeed, Holt and Kevin’s relationship seems beyond repair amid Jake and Terry’s early efforts to “Parent Trap” them during a trip to Holt’s upstate lake house, but “Daddy Holt” and “Daddy Kevin” eventually decide to give marriage counseling a go.

OK, now it’s your turn. What did you think of Brooklyn Nine-Nine‘s Season 8 premiere — both of the changes made to reflect current events, as well as various character developments? Grade both episodes via the following polls, then drop a comment with your full review.