Avatar: The Last Airbender‘s long journey back to the small screen is nigh.

Netflix on Thursday revealed the cast and creative team for the live-action adaptation, beginning with 11-year-old actor Gordon Cormier (The Stand), who has been cast in the lead role of Aang, master of all four elements and the keeper of balance and peace in the world. Additional series regulars include Kiawentiio (Anne With an E) as Katara, Ian Ousley (13 Reasons Why) as Sokka, and Dallas Liu (PEN15) as Zuko. 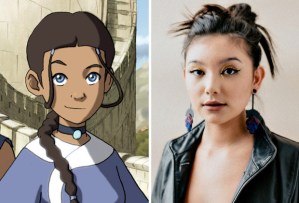 The announcement comes exactly one year to the day after original series creators Michael Dante DiMartino and Bryan Konietzko departed the live-action adaptation over creative differences with Netflix. In a blog post Thursday, Kim promised that the new Avatar would feature an “authentic” portrayal of Asian and Indigenous characters, and “faithfully translate” the animated series while bringing “a rich new visual dimension to a fantastic world. 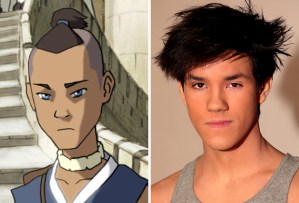 “When Avatar: The Last Airbender first aired on Nickelodeon, [my daughter] wasn’t quite old enough to fully track the narrative,” Kim continued. “Yet I’d still find her glued to the TV every week, captivated by the adventures of Aang and his friends (who would quickly become her friends). I began watching along with her with the thought of helping her understand what was going on. But my Dad-splainy duties quickly fell by the wayside as I found myself sucked into the world and characters, and soon we were watching side by side, both of us swept away by the singular mix of action, humor and epic storytelling.

“It also wasn’t lost on me that this was a world that drew from Asian cultures and legend, which is a rarity to this day and something I appreciated as an Asian-American father,” Kim added. “That my daughter was able to see characters who looked like her on screen was more than just entertaining. It was a gift.” 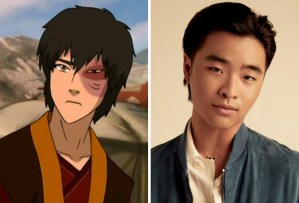 Kim goes on to say that the live-action version will “establish a new benchmark in representation and bring in a whole new generation of fans.” He agreed to come aboard as showrunner because it was “a chance to showcase Asian and Indigenous characters as living, breathing people. Not just in a cartoon, but in a world that truly exists, very similar to the one we live in.” But rest assured, he doesn’t want to “change things for the sake of change,” or “modernize the story” and “twist it to fit current trends,” promising that Aang is not suddenly going to become a “gritty antihero,” and “Katara is not going to get curtain bangs.”

“Don’t get me wrong. We’ll be expanding and growing the world, and there will be surprises for existing fans and those new to the tale,” he wrote. “But throughout this process, our byword has been ‘authenticity.’ To the story. To the characters. To the cultural influences. Authenticity is what keeps us going, both in front of the camera and behind it, which is why we’ve assembled a team unlike any seen before — a group of talented and passionate artists who are working around the clock to bring this rich and incredibly beautiful world to life… But in the end, the reason I decided to do this came down to one thing: Somewhere out there, a young kid is sitting glued to their TV, waiting to be taken on an incredible journey. And I want to take them on it. I hope you’ll come along, too.”

Netflix’s live-action Avatar project was first announced in September 2018, described as a “reimagined” version of the 2005-08 Nickelodeon series. The show was previously adapted into a live-action 2010 film written and directed by M. Night Shyamalan; DiMartino and Konietzko’s input on that version was not accepted, and they’ve gone so far as to say they wish the movie didn’t exist.

Does Kim’s blog post quell your concerns about DiMartino and Konietzko’s lack of involvement in Netflix’s live-action Avatar? Hit the comments with your reactions to the news.