When last we tuned into Titans, Jason Todd had “peaced out” on Dick & Co., speeding away on his motorcycle just as the team was mourning the (apparent?) loss of Donna aka Wonder Girl.

When Season 3 of the superhero team-up series premieres this Thursday, Aug. 12 on HBO Max (with the first three episodes, followed by weekly releases), some time has passed since Rachel escorted Donna’s body to Themyscira, and “Jason kinda has been doing his own thing” back in Gotham, portrayer Curran Walters tells TVLine. “He has been dealing with a lot of trauma after all that he’s been through, especially in the second season” where he felt betrayed by Slade Wilson’s daughter, Rose. “So we see him come back with a vengeance.” 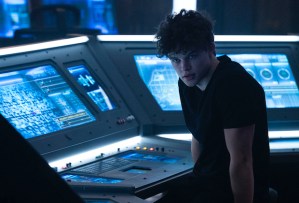 As widely revealed in multiple promos, teasers and trailers, Jason as Robin will be spoiling for a showdown with none other than the Clown Prince of Crime who long has dogged Batman and his assorted sidekicks. “In the amusement park scene [featured in trailers], Jason is wanting to get back at, obviously, the Joker, because Dick [Grayson] didn’t take care of the Joker and he knows he’s a little disappointed in that. Jason goes out and basically takes it into his own hands.”

The outcome of the fateful face-off, which opens Season 3, will accomplish at least two things: spark a larger and frankly difficult conversation about Bruce Wayne and his recruiting of Robins (“We explore our relationship very immensely, and I think the fans are going to love it,” Walters says), and set Jason on a journey that will result in him adopting the comic books’ well-known Red Hood persona. 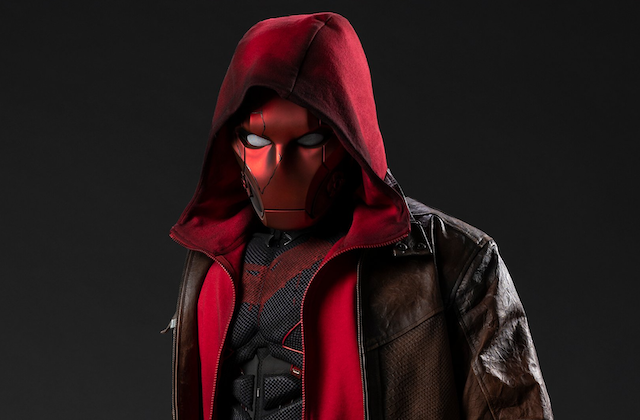 “Red Hood, man…. Where do I start?,” Walters chuckles when asked about his new alter ego’s agenda. “Jason’s mission this season is to get rid of this fear that he has, and the only way that he feels he can conquer this fear is by, in a way, hitting back as a Titan but with a different outcome — if that makes sense. Throughout this season, there’s a lot of finding who he is as a character.”

Who's In? Who's Out? TV's Big Casting Moves!

Seeing one of their own embark on such a solo act — and in turn prove to be a bit of an adversary — will stir debate among Nightwing, Starfire and the other Titans. “It’s obviously not something you want as a superhero family,” Walters notes. “The other Titans try to figure out what to do with Red Hood the whole season, and that’s a great dynamic of the show — exploring the relationships these characters have with Jason and now the ‘new’ Jason.”

Of course, no season of Titans would ever make do with just one foe. Asked about who else will torment the team, “Jonathan Crane. That’s all I will say,” Walters offers with a sinister laugh. “And Vincent [Kartheiser] who plays him is such a tremendous actor, I think fans are going to love it.”