After nearly five months off the air, Riverdale is finally back on The CW this week… but the gang’s problems haven’t gone anywhere.

Season 5 of the teen drama continues this Wednesday (8/7c) with the first of nine new episodes, and last we saw Jughead… well, we didn’t see him, actually. He vanished from the bunker after taking mind-bending psychedelic drugs, and we worried he might’ve been (gulp) abducted by aliens. Now we know from the Season 5B trailer that Jughead is alive and well and safely on planet Earth, but as showrunner Roberto Aguirre-Sacasa tells TVLine, he’s still facing some seriously tough times.

“I think we can say that this is pretty much rock bottom for him,” Aguirre-Sacasa hints, as Jughead starts to confront the untold inner demons that led him to leave New York City. “It’s Jughead as much of a lost soul as we’ve ever seen.” And Jughead’s journey inward will get a lot harder before it gets any easier, the EP warns: “We’ve only just begun to scratch the surface of Jughead’s trauma. There are a lot more darker things coming.” 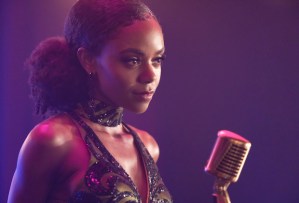 The second half of Season 5 will see the return of another familiar face, too — or three of them, actually. Ashleigh Murray will reprise her role as Josie, with her fellow Pussycats Valerie (Hayley Law) and Melody (Asha Bromfield) making their first appearances since Season 2. “This is very much a triumphant return for the girls,” Aguirre-Sacasa raves. “The episode is all about them, and they are spectacular in it.” Their return is “a full-fledged musical episode, completely, and such a showcase for Ashleigh and Asha and Hayley and the girls. I love them. I cannot wait for fans to see that episode.”

But don’t worry: Season 5 will also feature a traditional high school musical episode as well, the EP promises. There’s no word yet on what show they’ll be doing, but Aguirre-Sacasa says it’ll put a big spotlight on Lili Reinhart’s Betty and Madchen Amick’s Alice. “It’s very different from the other ones we’ve done… it’s very emotional. It’s a tour de force, especially for Lili and Madchen.” And “before you ask, yes, Cole is singing in the musical episode, and he’s so swoony and dreamy when he sings. So even though he’s always a bit skeptical about it, he’s really up for it.” 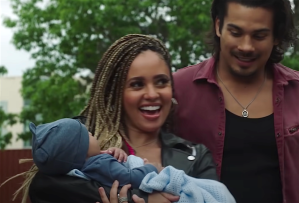 Plus, Vanessa Morgan will be returning as Toni in an episode later in Season 5, where “we see a big resolution to the Toni pregnancy plot,” i.e. the identity of her baby’s father, Aguirre-Sacasa teases. “We get Toni back in all her glory. She’s a mother, she’s leading the Serpents, she’s fighting for the town with Archie.” And don’t lose hope, “Choni” ‘shippers: “She and Cheryl do enter each other’s orbit again.”

What are you most looking forward to seeing when Season 5 returns, Riverdale fans? Grab a booth in the comments and share your thoughts.