The Circle is looking more like a Möbius strip, now that Netflix has renewed the reality series for another two seasons behind the upcoming Season 3.

Additionally, the streaming titan has picked up both Indian Matchmaking and The American Barbecue Showdown for second seasons, while greenlighting a new unscripted series titled Roaring Twenties.

Season 3 of The Circle is due to arrive this fall, and Netflix touts its sophomore run as “one of our most popular unscripted shows of 2021,” with “more than 14 million households tuned in within 28 days after it premiered in April.” Michelle Buteau is set to return as host for Seasons 3 through 5. 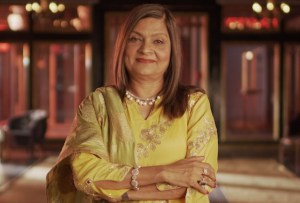 In Indian Matchmaking, Sima Taparia helps some familiar faces and new singletons across the globe who have decided that it’s time to put their love lives in the hands of the expert, while The American Barbecue Showdown invites the country’s best backyard smokers and competitive barbecuers to compete for the title of American Barbecue Champion.

Lastly, Netflix’s newest unscripted offering, Roaring Twenties, is described as “the coming-of-age story of eight twenty-somethings who set out to find success in life and love in Austin, Texas while learning to navigate the ‘new normal’ of 2020’s America. Living together and leaning on each other, they experience the highs and lows that come with being an adult. After all, your twenties are a crazy, weird, and special time in your life, and you only get to live them once.”

In conjunction with the above announcements, Netflix has launched its largest reality casting call ever — watch the video below for more: