THE PERFORMANCE | After spending much of the past decade bursting the blood vessels in his neck while playing the combustible Saul Berenson on Homeland, Patinkin has to be relishing his kinder, gentler, far more chill turn as Judge Wackner on The Good Fight. We’ve certainly been enjoying the departure, so much so that we’re hoping his unorthodox magistrate — who Patinkin has been playing as equal parts court jester and wise grandfather — sticks around next season and beyond.

Wackner’s emergence as a pseudo grandfather figure/mentor to lawyer-in-training Marissa has been a particular delight, due in large part to Patinkin’s warm, cozy chemistry with Sarah Steele.

The legal drama’s seventh episode showcased a far more complex (and volatile) Wackner as the student turned on the teacher in open court. The unexpected showdown allowed Patinkin to give those bursting blood vessels another workout, scaring the bejesus out of us in the process.

Amid the realization that Marissa was about to expose a chink in his virtuous armor, Wackner began to panic. “This is a mistake, Marissa,” he warned her, Patinkin saturating his character’s words with ominous restraint. From there, his desperation and irritability only grew as it became clear that, yes, his beloved protégé was indeed questioning his integrity.

“No, goddammit! You will answer my question before you ask me yours,” he seethed, Patinkin’s face tightening and vocal chords straining under the weight of the betrayal. The Emmy winner quickly dialed back Wackner’s tantrum in time for Wackner to cooly (and heartbreakingly) order Marissa to “pack up your things and you get the f–k out of here.”

When Wackner ultimately came to his senses and apologized, begging Marissa to return to court to finish what she started, we cheered the rapid reconciliation of our favorite Season 5 duo. And once again prayed for Patinkin’s Season 6 return. 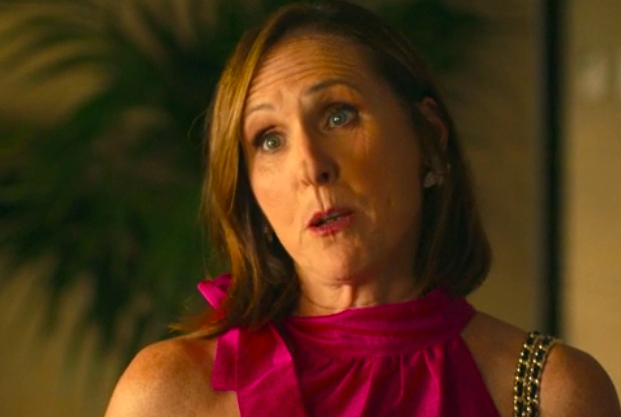 HONORABLE MENTION | “I’m crazy,” Molly Shannon‘s meddling Kitty declared moments into her explosive, honeymoon-interrupting arrival in Sunday’s The White Lotus. The character’s refreshing self-awareness about her bonkers-ness allowed Shannon to ground the performance. As a result, her Kitty felt like a real — albeit profoundly bananas and entitled  —  human being vs. a mere cartoon. Combine that with Shannon’s trademark flawless line readings — Kitty’s uproarious passive-aggressive dig to daughter-in-law Rachel about being “a beautiful” but “pale” bride was a personal fave — and you have one of the SNL vet’s most memorable comedic turns of all time. Later, when Kitty questioned Rachel’s desire to get a real job instead of being a charity ball-focused trophy wife, Shannon unapologetically owned her alter ego’s dripping white privilege. It was so wrong and yet, in Shannon’s hands, so perfectly right. 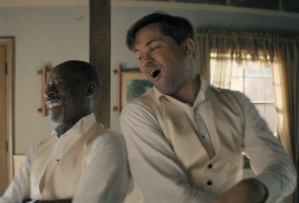 HONORABLE MENTION | In Black Monday‘s season finale, Don Cheadle and Andrew Rannells had us in stitches with their pitch-perfect timing and ridiculous Buddy Comedy antics. As the group faked a wedding to draw out the killer, a coked up Mo and Blair concocted multiple schemes, each more absurd than the last, as the duo bounced off the walls and hijacked every single scene. They even nicknamed themselves “the Plan Boys” (which, now that we think of it, we’d totally watch a spinoff of), maintaining their sky-high energy as they ferociously shot down Yassir when the poor guy just wanted in on the romp. Even when they weren’t sharing the screen, each actor shined. Cheadle softened his disposition when Mo confessed his feelings to Dawn, while Rannells employed a gleeful, dopey approach as Blair taunted the killer and risked his life. Seriously, did anyone have more fun on TV this week than these two? 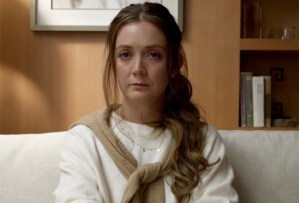 HONORABLE MENTION | We won’t sugarcoat it: American Horror Stories‘ fifth episode was everything we wish the series had been all along. Not only did we finally get a spooky, compelling story worthy of the American Horror brand, but Billie Lourd elevated the overall experience with a layered performance that served to ground the outlandish story in reality. Our hearts broke for her character as she struggled to maintain a connection with her newborn baby — something Lourd herself has experienced since becoming a mother less than a year ago — and we shared in her deservedly smug satisfaction when the tables turned in her favor at the end of the hour. Despite the myriad unholy acts committed in the episode, it’s Lourd’s visceral performance that will surely haunt us for weeks to come.