Warning: The following contains spoilers for Friday’s Burden of Truth. Proceed at your own risk!

Billy didn’t get the answer he was hoping for during Burden of Truth‘s latest episode when he proposed to his girlfriend and business partner Joanna. In fact, Billy didn’t get an answer at all.

After reading a story to their newborn daughter in funny (yet slightly terrifying) voices, Billy pulled an engagement ring out of a children’s pop-up book. “I love you, and I would like to argue with you for the rest of our lives, if you’ll let me. Joanna Chang, will you marry me?” he asked.

But before Joanna could respond, the police arrived to arrest her! And even if the moment hadn’t been so rudely interrupted, star Kristin Kreuk doesn’t believe that Joanna would have accepted Billy’s proposal, the actress reveals in the following Q&A. Kreuk also weighs in on baby Cassidy’s ever-changing name and the consequences of Joanna’s arrest.

TVLINE | What’s behind Joanna not being able to settle on a baby name?
I think for her, it was just about being able to settle into motherhood. Joanna, as we know, is a bit of a perfectionist. Being able to pick something that felt right, that felt settled… It’s just kind of a reflection of her unsettled feelings, and being unable to just commit to something — even if it doesn’t feel like one hundred percent right, and it’s never gonna feel one hundred percent right. It’s kind of a bizarre manifestation of her anxiety. 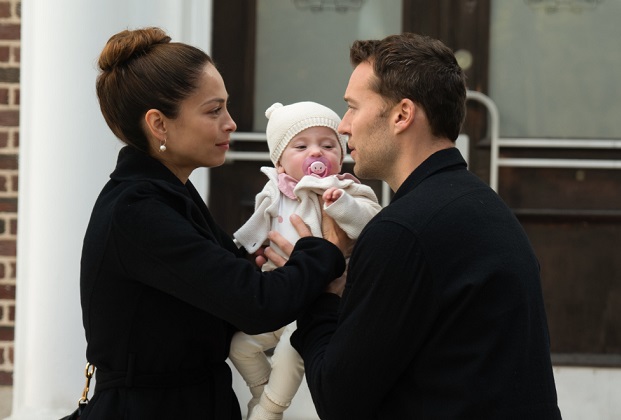 TVLINE | Is it definitely Cassidy now?
It’s Cassidy — for now. [Laughs] Something happens in Episode 3. The baby name story is a thing until the end. [Laughs]

TVLINE | I wouldn’t say that Joanna appears to be depressed, but is she suffering from a mild case of postpartum?
Yeah, I think that’s fairly apparent. It isn’t postpartum depression, it’s postpartum anxiety, which is a slightly different manifestation. We also get into that later in the season when the characters end up in therapy so they can actually face some of the stuff that’s going on head-on, instead of it manifesting in these really toxic ways.

TVLINE | Do you think Joanna would have said yes to Billy’s proposal if they hadn’t been interrupted?
That is also an ongoing plot point for the two of them through the year. Joanna doesn’t want to get married. That’s not the way that she wants to move forward, and Billy does. They’ve had conversations about this. So if he had proposed, I don’t think she would have said yes. Before the agents arrive, she was going to ask him what he was thinking.

TVLINE | He, technically, did propose. She just didn’t get to give her answer yet.
Correct, that’s true. [Laughs] For me, there’s a nice, satisfying conclusion to that part of their story, because again, what makes Billy feel safe and secure is different from what makes Joanna feel safe and secure, and the two of them need to find a way to ensure that they are both getting what they need out of the relationship. 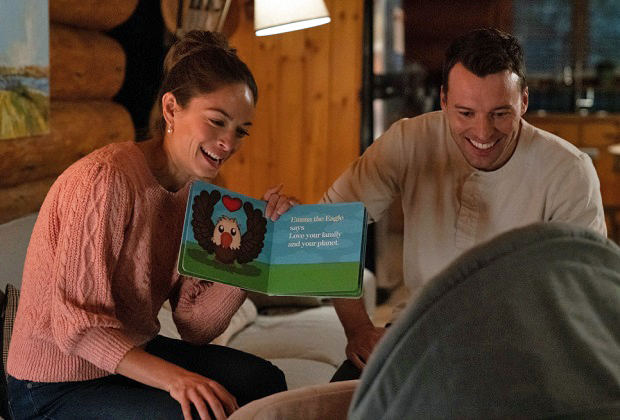 TVLINE | What did you think of the proposal scene? It was not fancy, but very sweet.
I love it. It’s so sweet. Peter [Mooney] and I had so much fun doing that scene. We laughed, legitimately, and I thought it was really heartfelt and really lovely. The thing is, Billy always seems to be able to say the things that Joanna needs to hear to feel that he loves her. I thought it was very, very sweet.

TVLINE | What can you say about the ramifications of her being arrested at the end of the episode?
Episode 3 focuses very much on the ramifications of the arrest. It follows her learning what the arrest is about, and then in typical Joanna style, taking it in an incredibly unhealthy fashion and becoming quite aggressive. It’s an interesting episode. It was shot quite differently than a lot of [our] episodes. And then the rest of the season, obviously, it’s not the main kind of case, but it is a big part of what they’re focusing on and will conclude in a way that ties in the big gold mine case, as well.