During Season 2 of My Life Is Murder, which makes its Stateside premiere on Monday, Aug. 30 on Acorn TV, Lawless’ Alexa investigates the death of a self-help guru and finds herself in a cat-and-mouse game with the victim’s mysterious wife, who is played by O’Connor.  (Season 2 will begin with two episodes, and release weekly following that; O’Connor appears in the season finale.)

“The [Xena] fans are just gonna love it,” Lawless told EW.com, sharing that the show actually tried to get O’Connor on during its freshman run. “It’s a huge gift to them. “ 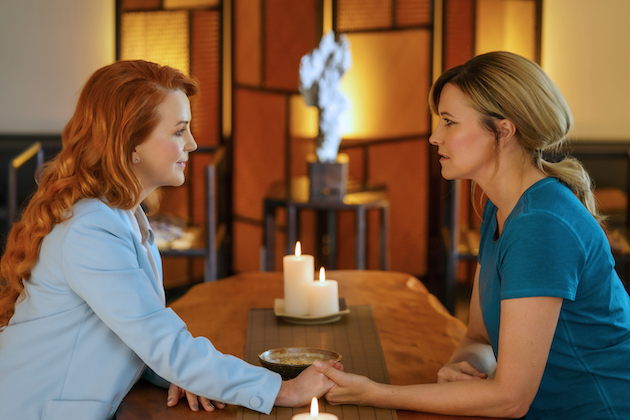 Season 2 of the Australian series (which airs Down Under on TVNZ1) in fact will reunite Lawless with several former castmates from her most iconic series, including Anna Hutchison (Spartacus), Graham Vincent (Spartacus), Jay Ryan (Xena, Top of the Lake) and Bruce Hopkins (Xena).

In the crime drama’s sophomore run, private investigator Alexa Crowe finds herself back in her home country of New Zealand for the first time in years and can’t help herself when she is asked to look into a bizarre unsolved murder. Joined again by her partner-in-crime-solving, Madison Feliciano (played Ebony Vagulans), as well as series newcomers including the charismatic detective Harry (Rawiri Jobe) and café owner Reuben (Joe Naufahu), she quickly finds herself investigating other murder mysteries in surprising, glamorous worlds filled with intriguing characters who are hiding dangerous and deadly secrets.