With some broadcast shows still airing new episodes well into the summer (we’re looking at you, The CW), it’s hard to believe that many series are already back on set, filming fresh installments for next season. But the social media posts don’t lie: Many of our favorite returning dramas and comedies are, indeed, currently making sure that we’ll have much to watch this fall. 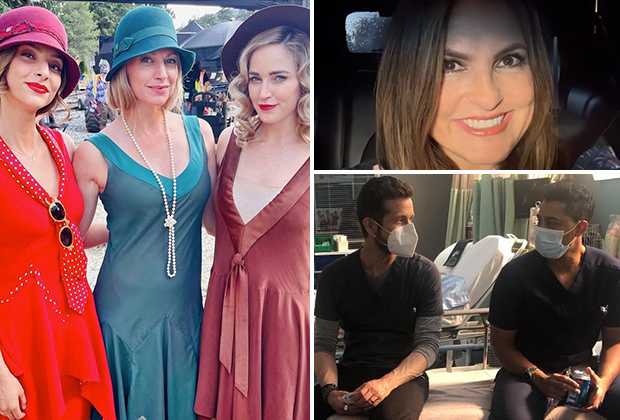 Per tradition, TVLine has gathered on-set snapshots from the casts and crews of shows such as S.W.A.T., The Resident, Nancy Drew, The Rookie and many more as they return to work. You might even spot some spoilers for a New Amsterdam doc and a Batwoman baddie amidst all the candid photos. Elsewhere, Legends of Tomorrow star Caity Lotz celebrates a major milestone for the CW series.

Plus, our annual roundup includes behind-the-scenes images from TV’s biggest franchises: #OneChicago, the NCISes and both Law & Order: SVU and Organized Crime. And it’s not just broadcast faves that are shooting new episodes; a couple of cable darlings are also rolling on their upcoming seasons.

Browse our gallery of back-to-work photos (click here for direct access), and make sure to bookmark this page for updates. Then hit the comments to tell us which returning shows you’re most excited to see back on your TV.