Tony Hale (Veep) and Christian Slater (Mr. Robot) will be hanging out with Poe Dameron and BB8 in another Disney+ LEGO Stars Wars special that takes place after the events of The Rise of Skywalker. 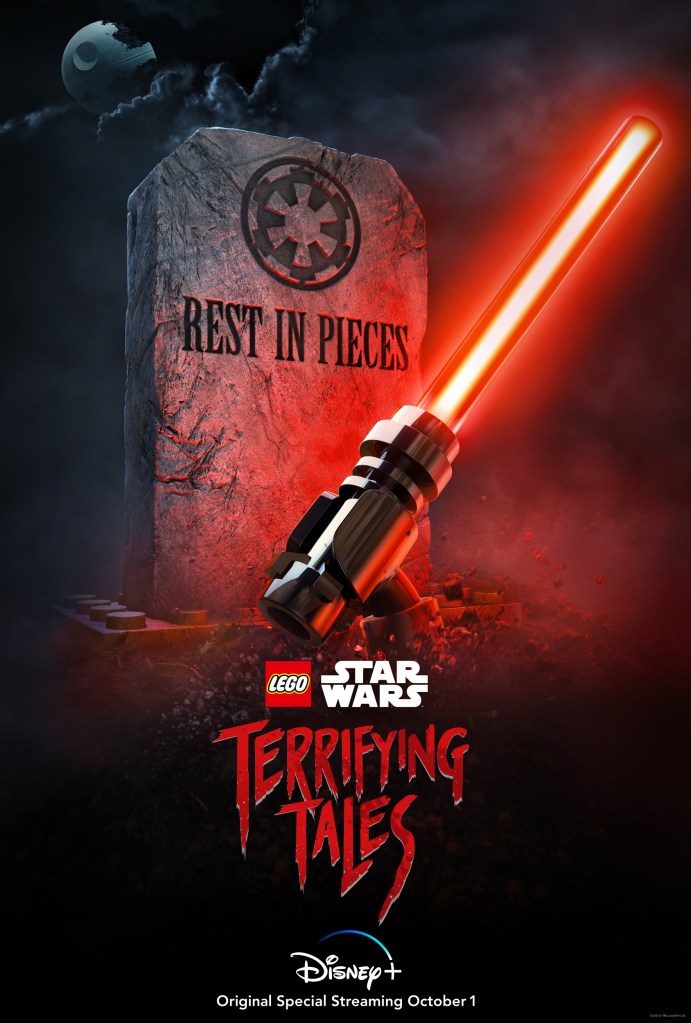 Premiering Friday, Oct. 1, the Halloween-timed special LEGO Star Wars Terrifying Tales finds Poe (voiced again by The LEGO Star Wars Holiday Special’s Jake Green) and BB-8 making an emergency landing on the volcanic planet Mustafar, where they meet the greedy and conniving Graballa the Hutt (Squidbillies‘ Dana Snyder) who has purchased Darth Vader’s castle and is renovating it into the galaxy’s first all-inclusive Sith-inspired luxury hotel. While waiting for his X-Wing to be repaired, Poe, BB-8, Graballa and Dean (a courageous young boy who works as Graballa’s mechanic, voiced by Bunk’d‘s Raphael Alejandro) venture deep into the mysterious castle with Vader’s loyal servant, Vaneé (played by Hale).

Along the way, Vaneé shares three creepy stories linked to ancient artifacts and iconic villains from across all eras of Star Wars. As Vaneé spins his tales and lures our heroes deeper into the shadowy underbelly of the castle, a sinister plan emerges. With the help of Dean, Poe and BB-8 will have to face their fears, stop an ancient evil from rising, and escape to make it back to their friends.

David Shayne is writer and executive producer for the LEGO Group, Lucasfilm and Atomic Cartoons co-production, and the director is Ken Cunningham.