We’ve got questions, and you’ve (maybe) got answers! With another week of TV gone by, we’re lobbing queries left and right about dozens of shows including The White Lotus, Good Witch, NBC’s Olympics coverage, Love Island, The Good Fight and Outer Banks!

1 | Considering Charmed already played the long-lost sister card with Macy, are you surprised the reboot is doing it again after her departure? (Seriously, how many secret children could Marisol have possibly had?) And were you also disappointed that Mel didn’t get to keep her baby from the future? 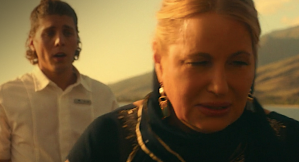 2 | Can The White Lotus please take us inside the inevitable therapy session where poor, beleaguered resort staffer Dillon attempts to process the trauma he experienced while working Tanya’s maritime ash scattering ceremony?

3 | Now that we know just how ruthless Raq is on Power Book III: Raising Kanan, is it wrong to keep coveting her glamorous wardrobe, or nah? And are you also hoping for more Raq/Nique standoffs?

4 | Can Evil’s dishy George narrate the “coming soon” promos for all TV shows? 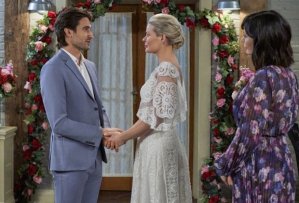 5 | When exactly did Good Witch’s Stephanie find the time to buy the perfect wedding dress? (Her wedding to Adam was planned in the middle of the night and took place the following morning!) And couldn’t the Powers That Be have cut around Donovan and Abigail’s breakup at the reception, once they knew this was going to have to function as a series finale? Lastly, TVLine reader Ted asks: “Isn’t Sam the chief of surgery at the hospital? Seems like he would need to take time to find a replacement before going off on a sudden round-the-world trip.”

6 | How much time did The Bachelorette‘s “Men Tell All” special have to kill that they actually showed video of cohost Kaitlyn Bristowe getting engaged (to a Bachelorette alum, of course)?

7 | Was there any doubt who Celebrity Dating Game mystery guest Rashad Jennings would pick once bachelorette No. 3 began working a full profile on him, deducing he was specifically a wide receiver or (based on his disclosed height) a running back? 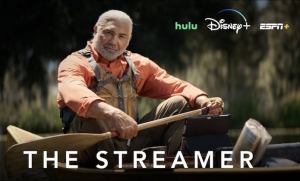 8 | Did Disney really make people sit through a three-hour live stream, just to reveal Dave Bautista as new Disney Bundle pitchman The Streamer? (Look, we accomplished the same just by pasting the photo at right!)

9 | Is it just us or do you want You Are My Spring‘s Ian to go away so that Da Jeong and Young Do can finally begin their forever?

10 | Did David Makes Man‘s Adult Marissa hookup with the newspaper reporter to make David jealous, get the reporter to do her bidding or a little of both?

11 | With all of the technology and broadcasting know-how that Tokyo Olympics broadcaster NBC has, how does almost every single shot from an Olympian’s family’s home look like fuzzy, low-bandwith garbage?

12 | How did the Love Island director not show Shannon’s immediate realization, after she reunited with Josh, that one of the new girls standing nearby is a friend (whom she had been feuding with!) from back home?

13 | On Sistas, do you secretly want to see El Fuego’s “before” pictures? And don’t most people do exotic dancing to pay their way through college, not go to college to become exotic dancers? 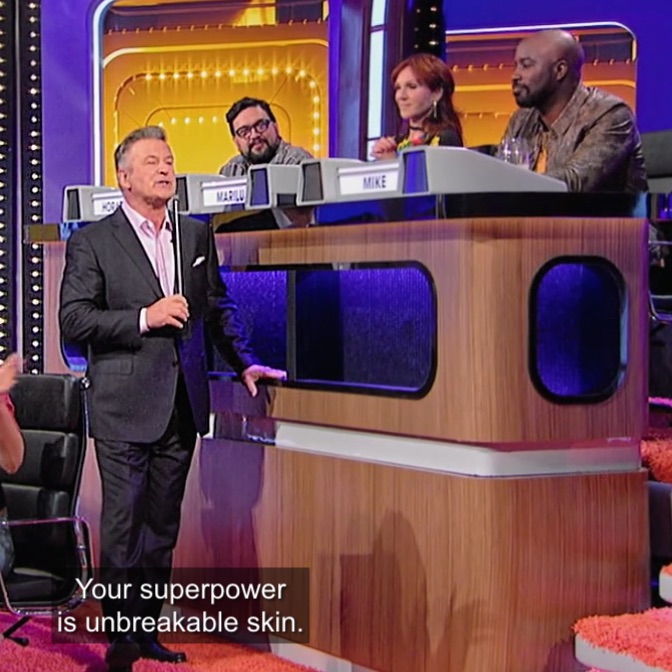 14 | We know Match Game has been off the air for a while, but was it nonetheless jarring to hear Evil star Mike Colter basically billed for Luke Cage in Wednesday’s finale? (Shades of Hollywood Game Night?)

15 | Why did Love Is Blind’s Damian think that bringing his alleged friend, Too Hot To Handle’s Francesca, to the anniversary party — instead of his actual girlfriend Giannina — was a good idea? Who else thinks Giannina should have dumped him right then and there?

16 | Is The Good Fight straining plausibility by having us believe that Reddick/Lockhart would have waited until everyone returned to the office post-pandemic to introduce Slack, versus rolling out the chat app during the 18 months the staff was working remotely? Also, what was more jarring about Modern Family vet Jesse Tyler Ferguson’s guest appearance: the F-bomb tirade he unleashed on Mandy Patinkin’s judge, or the full monty he flashed to the packed courtroom?

17 | With Christian now Big Brother‘s new Head of Household, do you think the Cookout will be in his crosshairs? Also, what are the odds that the Cookout will ride their alliance to the very end?

18 | Did grown-ish‘s Dre overreact, and did you get all warm and fuzzy when he and Zoey made up in the end? And what is the deal with Dre and Maritza?! 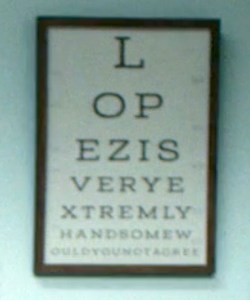 19 | In Schmigadoon! Episode 4, did you happen to notice the Snellen chart used for eye exams in Doc Lopez’s office?

20 | In Outer Banks‘ season premiere, we know young love is sweet and all, but shouldn’t international fugitives John B and Sarah maybe have skipped making a spectacle of themselves by slow-dancing in front of all of the hotel’s staff?

21 | Are you once again able to enjoy Rebecca’s enjoyment of Ted Lasso‘s daily biscuits now that Hannah Waddingham has confirmed the Season 2 recipe is “significantly better” than Season 1‘s?

Hit the comments with your answers — and any additional Qs on your mind!