Burden of Truth‘s fourth and final season made its Stateside premiere on Friday, with Joanna feeling the pressure as both a mother and an attorney. When a member of her mommy group gives her the boot, Joanna calls for a quorum. Ha! Then she notes that the car that’s been following them on their walk with their babies is just an intimidation tactic in her latest legal battle, leading the other mama to exclaim, “What kind of a mother are you?!” Ugh.

Joanna is pretty stressed out by constant feedings and a lack of sleep, courtesy of her new bundle of joy. She can’t even seem to settle on a baby name, with the latest pick being Cassidy. Here’s hoping it sticks, because Billy admits that even he isn’t sure what to call his own daughter. He offers to take Joanna’s case off her plate, but this is a personal one for her: She’s fighting a mining company that’s threatening to destroy a native Millwood woman’s property. At one point, her client Helen signs a nice settlement offer, but when the opposing counsel pushes Joanna’s buttons about how she “Joanna-ed” her way out of her high-powered lawyer job, Joanna rejects the offer. (Luckily, Helen thinks the mess-up is a blessing.)

“I always thought that I chose to leave. What if I just couldn’t handle it?” Joanna wonders to Billy. And now she’s also worried that her mommy brain is making her worse at the law.

“Your brain is becoming more attuned to your child’s needs. It’s normal to be overwhelmed,” Helen reassures her. 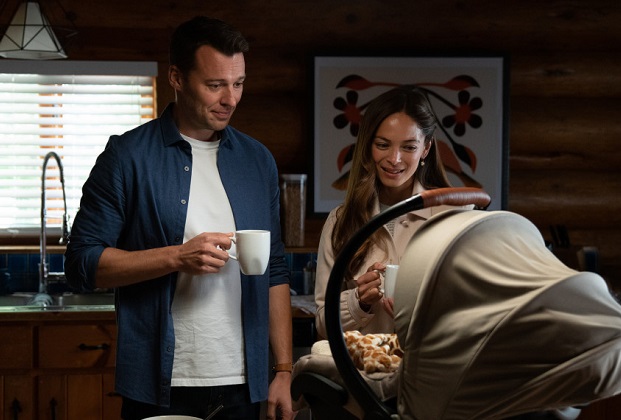 Billy, meanwhile, is looking to the future and procures his mom’s engagement ring from his newly sober dad, who thinks Joanna deserves more than that itty bitty rock, and I kind of have to agree with him. The sentimental value is sweet, but Billy and Joanna’s firm seems to be doing well. Surely, he can afford a new ring?

Anyway… Billy never gets the chance to pop the question, seeing as how they’re interrupted by a call from police chief Owen, who informs them that Helen was in a terrible car accident. Joanna, however, is convinced that it was no accident and that the mining company ran Helen off the road in retaliation. Unlike Billy, she also doesn’t believe that the company is going to make good on its promise to bring jobs to locals. 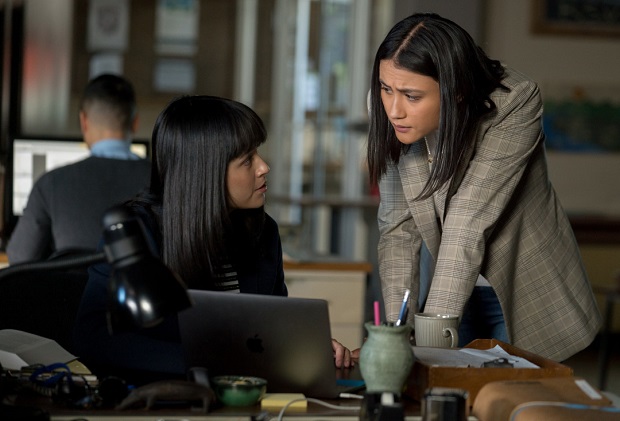 Elsewhere, law student Luna is working at a legal center alongside her new girlfriend Stevie, who encourages her to take a job interview with a fancy firm. The bigwig lawyer that defended ClearDawn last season is impressed by Luna’s courage and even makes her a generous offer to join his firm. Will Luna continue to help the little guy, or will she take the new gig and all the resources that come with it? Hmmm…

As for Taylor, she’s now a determined junior police officer who sometimes goes undercover to help bust a drug ring. During a routine patrol, she and her partner pull over a van and discover three women in the back of the vehicle. Owen is surprised to find that Taylor also picked up local teen Kip, who might be involved with the trafficking.

Burden of Truth fans, what did you think of the season opener? Grade it below, then hit the comments!