Ian Chase is too creepy of a character to be a possible romantic interest in the love triangle Netflix’s K-drama You Are My Spring insists on pursuing.

For starters, he is named after a Batman villain. Hello? Secondly, he is Chae’s older identical twin, a man who confessed to murder and possibly committed suicide. And their comely but eerie resemblance keeps unnerving everyone who knew Chae. This was especially the case at the end of Episode 8, when Da Jeong walked into the café and saw Ian holding a paper flower like the ones Chae used to make for her.

Trying to figure out who left that paper flower on Ian’s chair, unfortunately, adds yet another question to the mushrooming mystery that You Are My Spring refuses to escape. As soon as the writers answer one question (the fact that Da Jeong, Ian, Chae and Young Do all interacted as kids, for instance), they create five more. 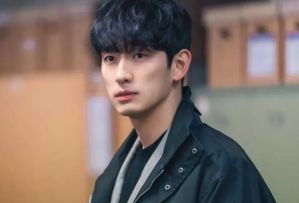 Questions like: Who is trailing Ian, and why did that same mystery man stab that cop? Why won’t Ian tell Young Do who he is? And what’s the deal with that violent homeless dude under the overpass? But the biggest question of all is: Why is Da Jeong even talking to Ian after he nearly choked her to death?

Sure, he attacked her while coming out of a nightmare, but it’s still a rather savage act and one that no woman would shake off so easily. Perhaps Da Jeong is conflicted because her own father was physically abusive — you know the father that no one talks about ever? — but still. Leave Ian alone, Sis.

Even if Da Jeong and the viewers somehow figure out a way to overlook that choking incident, her attraction to him feels… weird and forced. She clearly likes Young Do more, and he really likes her, too. His whole spiel on hugs and why they are biologically necessary still makes us swoon. Da Jeong and Young Do are also building an actual foundation for friendship and romance while Ian just seems to be obsessed with Da Jeong the same way his brother was. 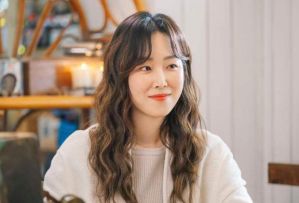 At this point, we all feel like Da Jeong’s awesome mother Moon, who can’t help but want to ‘ship her daughter and Young Do. Just make these two a couple already, and send Ian back to America.

How do you feel about the ever-expanding mystery of Ian and Chae on You Are My Spring, and do you want Da Jeong and Young Do to be a couple? Share your thoughts in a comment below.