Hailing from The Blacklist EPs John Davis and John Fox and writers JJ Bailey and Moira Kirland, Getaway follows a destination wedding at an isolated luxury resort that quickly spirals into chaos when a group of dangerous criminals takes the island hostage. The small RSVP list of guests, led by a fearless female Army vet (Chicago Fire‘s Annie Ilonzeh), in turn do everything they can to stay alive. 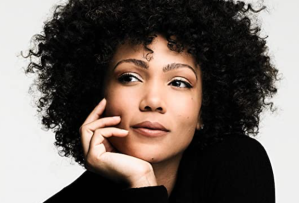 As reported by our sister site Deadline, Helgenberger will play Charlotte Pierce, a Democratic senator who is happy to see her son, Jack (played by Long), settle down with his bride, Grace (Mathews) — though “there are darker forces at play she has yet to fully understand.”

In fact, as the resort comes under attack, Grace and Jack’s fairytale relationship will be put to the test, exposing a side of the bride-to-be “that no one has seen before.”

Deadline reports that on the off chance that NBC’s cancelled Manifest is “saved,” somehow and somewhere, Long’s pilot deal could make him available to reprise his role as Zeke for Season 4.

Bonilla, meanwhile, will play someone who claims to be a fisherman on the run with his friends from a gang of cartel members, but is hiding a dark secret.