On the heels of Netflix revealing the sooner-than-you-probably-expected release date (Friday, Sept. 10!) for Lucifer‘s sixth and final season, we now have a flurry of photos from the supernatural procedural’s farewell run. 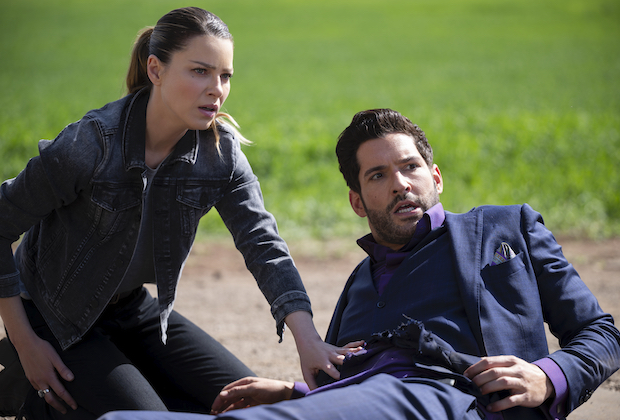 As seen in the attached photo gallery, Chloe (played by Lauren German) lands in some peril in the season premiere… Maze and Eve (Lesley-Ann Brandt and Inbar Lavi) are cozier than ever… and Ella (Aimee Garcia) seems to be getting on just fine with Detective Carol Corbett (played by Scott Porter).

It is also revealed, in the photo below, that Amenadiel (DB Woodside) has followed through on his desire to join the LAPD — and he appears to have a very special mentor in the late Detective Daniel Espinoza. 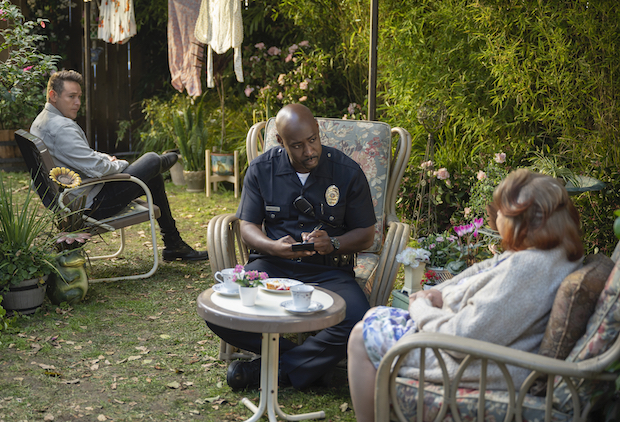 Series vet Kevin Alejandro, who played/plays Dan, previously shared with TVLine how he had suggested that his character die a meaningful death during Season 5 — back when that was supposed to be the final season! But when Netflix gave the showrunners a sixth season at the last minute, “Joe [Henderson] and ildy [Modrovich] immediately got on the phone with me, to say, “Hey, here’s the news. If you still want to be part of us, we know how to do it respectfully, and not change the quality of what we’re creating,” Alejandro told us.

“I wanted to be with these relationships and with these people to the very end…. Joe and Ildy respected that, and thankfully they wanted me to be a part of it as well,” Dan’s portrayer continued. “So they found a gentle way to bring me back — not the way people are going to expect him to come back, and maybe not as a huge part of the show. But I got to be there for the end in some capacity.”

As co-showrunner Modrovich put it, “We could not do another season without ‘Detective Douche.’ We refuse to. So, yeah, we found a story for him that we just love.”

Of course, it was revealed that after his murder near the end of Season 5, Dan actually wound up in Hell, so… is he not heavenly angel on newbie cop Amenadiel’s shoulder?

The EPs and Alejandro were mum on details.