You knew it, right, Animal Kingdom fans? The minute you heard J tell his uncles, “If anything’s off [about the downed-plane heist], we just walk away,” something would be off, and although they’d certainly try to get away, the method wouldn’t be walking. So what went down when the guys went up the mountain to steal the cartel’s loot? And what went even wronger with J’s job once it was completed? Read on, and we’ll discuss not only that but the new intel he received about his old girlfriend, Nicky.

‘HOW STUPID ARE YOU?’ | Let’s start with the 1980s flashbacks in “Free Ride,” shall we? In them, Janine reunited after a long, long time with old cronies Manny and Jake to suggest that they hit Marcus’ mansion, the rare palace that’s as poorly guarded as it is expensively decorated. When Pam found out what her friend had done — Janine didn’t just pitch the job, she and her old crew pulled it off, easy peasy — she not only hit the roof, she ordered Smurf to hit the bricks. Oh, and she wanted her damn finder’s fee, too, thank you very much. With nowhere to turn, Janine rang Jake, who despite having married a woman named Cheryl was still obviously infatuated with his old flame, and got him to drive her and the kids to Oceanside. Why Oceanside? “Can we just go?” she replied.

As our story began in present day, Pope was looking a little… um, ashen after depositing Smurf’s remains in the pool and, it turned out, all over the house. Dust Buster was gonna get a workout, that was for sure. On the beach, a hungover Deran was waking up from a threesome with a married couple. Over at Renn and Craig’s, he took it in relative stride when Nick got first crack at Mom’s breasts but went ballistic when one of her clients stopped by to score. ZZ’s “a walking arrest warrant,” Craig barked. So if not at the house, where should she make her base of operations? “You want me doing this on corners somewhere?” Finally, she became so frustrated with her babydaddy that she kicked him out. Which was fine, anyway, as he had that crazy job in the San Bernardino Mountains to attempt… 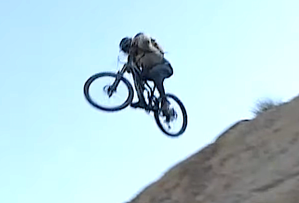 ‘THAT SUCKED!’ | Before taking off for the mountains, Deran, our resident worrier, expressed his concern to J and his brothers. “We’re stealing cash from a cartel,” Adrian’s ex noted. “I just don’t want to end up hanging headless from a bridge somewhere.” Craig, as per the norm, wasn’t fazed. Drug runners, he suggested, were akin to “middle managers like at Best Buy.” Oh, Craig. Needless to say, no sooner had the guys driven and biked and hiked and rappelled to the site of the crash than things began to go wrong one after the other. First, the guys discovered that they weren’t stealing cash, as J had said, they were stealing a ton of blow. And they weren’t the only ones after it. Shots were fired, chase was given, and miraculously, the Codys all made it out without any new holes being shot into them.

Back at Cody HQ, J admitted that he’d thought it was worth the risk to steal the drugs. He’d already worked out a deal with Pete to move the coke. “What else are you hiding from us, J?” asked Deran. A bowling alley, replied Pope. And a laundromat. And a condo. “You stole from us,” Deran grumbled. “I stole from Smurf,” J clarified. “Same thing,” huffed Deran. And with that, the smartest guy in the room lost Deran and Craig’s trust, such as it ever was. Fueling Deran’s anxiety over the fact that they’d stolen blow rather than cash: Agent Livengood’s recent visit. That night, the marrieds that Deran had hooked up with on the beach showed up at the bar looking for a repeat performance. Deran agreed but only wanted to do one of the guys; the other one was invited to watch while he, um, worked out his aggressions. After guy No. 1 bailed and guy No. 2 got what he’d come for, he remarked, “I think I screwed up” by staying. “Please,” said Deran, “by all means, tell me more about your marriage. I so care.” No. Obviously, all Deran said was “Get out.” 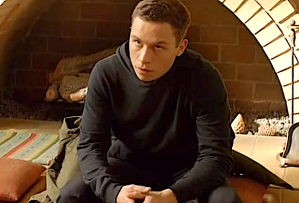 ‘YOU LOOK LIKE YOU COULD USE A FRIEND’ | As the episode neared its conclusion, Renn picked a fight with Craig after hearing that ZZ was telling everybody he’d slammed him on the sidewalk. (He hadn’t, BTW.) Now her other customers were scared to stop by for a score. “You can’t mess up my business,” she said as if she was the Avon lady. Look, Craig replied, it would be OK if he got sent up the river. “A boy can get by when his dad’s in the joint. That’s not true if you get busted.” As such, he wanted Nick’s mom to quit dealing. “And do what?!?” she asked, having never heard of a job. “I don’t know,” answered Craig, also unfamiliar with the concept. “But I’ve got you.” Pass, responded Renn. “I take care of myself.” Heaven help ya, Nick!

At the beach, J met with Pete and was chagrined to learn that he wouldn’t pick up the coke immediately. “I told you I’d move it, not hold it,” said Pete. “Too risky.” He just needed a little time, to find a single buyer and sell the lot of it wholesale. “Argh,” said J’s expression. Off that disappointing convo, he bumped into Allie, an old classmate of his and Nicky’s. “She got married,” Allie reported — to a Marine. But it seemed like Allie was more than willing to try to make J forget that Nicky had ever existed. Finally, Pope watched security footage of himself spreading his mother’s ashes in the pool. Eesh. He was not having a good time of it, our Pope. So, what did you think of “Free Ride”? Hit the comments with your reviews.