A rumble’s about to go down, and it’s pitting brother against brother, hero against heel.

Starz’s upcoming wrestling drama Heels (which premieres Sunday, Aug. 15, at 9/8c) shared its extended trailer and new key art Monday, and despite two small-town siblings’ attempt to uphold their legacy, things may never be the same once that bell rings.

In the clip (embedded above), we meet the struggling brothers as they begin to disagree on how to run the production they inherited. “You need to learn how to separate you, the character, from you the person,” we hear in a voice-over. Egos, identity crises and ambition all come into play, fueling the drama between Jack and Ace as they charge full steam ahead toward one of the biggest matches of their lives.

Heels‘ supporting cast includes Alison Luff (New Amsterdam) as Staci Spade, Jack’s wife who struggles to contend with the emotional stakes her in-laws have invested in their wrestling goals; Mary McCormack (The West Wing) as Willie Day, Jack’s business partner and the logistical brains behind the local wrestling organization; Kelli Berglund (Now Apocalypse) as Crystal Tyler, Ace’s valet and love interest; Allen Maldonado (The Last O.G.) as Rooster Robbins, one of the circuit’s best wrestlers who always has something to prove; two-time Super Bowl champion James Harrison as Apocalypse, a been-around-the-block type with no illusions of fame or glory; and Chris Bauer (True Blood) as Wild Bill Hancock, a former wrestling star who’s now a high-level professional scout.

Mike O’Malley (Shameless) serves as executive producer and showrunner, with Peter Segal (Survivor’s Remorse) on board as a co-EP and director.

Watch the trailer by pressing PLAY above (and peep the key art below), then tell us in the Comments if you’ll be sitting ringside come premiere night. 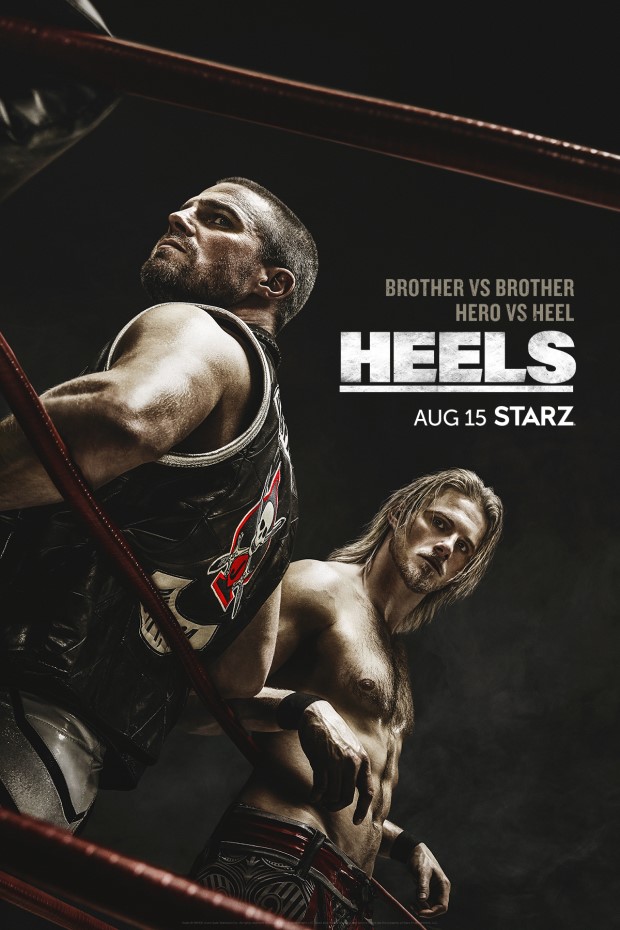