Stymied at every turn, by everything from disinterested brothers to funeral home closing times, he wound up stealing into the cemetery after dark and tearfully trying to rip open the bag containing his mother’s ashes to spread them near Julia’s grave. Failing at that, he awakened the next morning poolside… to find Smurf’s remains floating in the water as if he’d been trying to make a big, gray mudpie.

In other developments, Craig and Deran took aim at a big score (that looked smaller closeup), and J was pitched a lucrative job (that was sure to be harder than it sounded — and it sounded damn hard to begin with). Read on, and we’ll go over all the deets.

‘IN CASE YOU EVER DO WANT TO SHOOT SOMEONE, YOU MIGHT WANT TO CLICK THE SAFETY OFF’ | In the 1980s segments of “What Remains,” the honeymoon appeared to be ending for Janine and Pam, who was tired of her pal’s recklessness putting her in danger of returning to jail. “If I go back in,” Pam noted, “I do real time.” Heck, she hadn’t even gotten Phoenix’s sister out of foster care yet; she couldn’t afford to screw up. Nor could she afford to have Janine screw up for her, as she did at a work party. How bad was it? Janine threw shade at the shindig’s host Marcus, and when he tried to prove himself a badass by whipping out a gun, challenged him to shoot her. Something was going on with Janine, Pam could tell. But what? “I dunno,” Smurf replied. Well, she’d better figure it out, Pam said, because she had two kids depending on her. In present-day, she still had kids depending on her, albeit grown ones. And J, Craig and Deran were none too pleased to learn from her estate attorney that there was no way to challenge her will. Maybe they could talk to Pam? No need, said the lawyer. “She seems very satisfied by the terms of the will.” Shot back Deran, “I bet she is.” What if, uh, Pam didn’t make it to the probate hearing? Her kids would inherit Smurf’s estate. D’oh! Probate could take months, the attorney explained. However, the timetable for the Codys leaving their home was really “up to Ms. Johnson. She owns everything.” 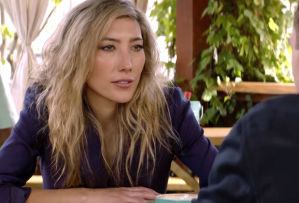 Back at the house, Craig suggested that their money problems could be solved, at least for a while, if they sold off the BS properties that Smurf left them. No can do, said J. They needed those properties to launder money from future jobs. “Maybe we should’ve asked one of Pope’s cousins where they stashed that gold,” cracked Deran, “before we capped ‘em all.” They didn’t need to panic, J insisted. There was a lot missing from the inventory list of Smurf’s estate — they could sell that. Red flags waving above J’s head, Deran suspected that he’d met with the attorney before today. What? J? Lie? Ha. When Craig returned to his and Renn’s place, he was chagrined to find drug dealer Tonya there picking up coke to sell to some rich techies for their poker game. “She had an emergency,” Renn insisted. “A cocaine emergency?” Craig deadpanned. “I hope everyone’s OK.” (Especially witty script this week, no?) Though he still wasn’t thrilled to find Nick’s mom dealing out of the house, he couldn’t be too mad to learn that Tonya had cleaned out Renn: She made $5k. Elsewhere, Frankie told J that sure, she could introduce him to a new fence — for five percent of every transaction. When he said that he’d discuss it with his uncles, she did what she does best: play mind games. “Let me know what they decide,” she cracked. (These two have to hook up, right?) 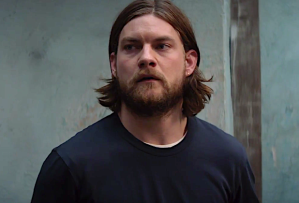 ‘MAN, YOU GUYS SUCK AT BEING RICH’ | Off Renn’s tip about the techies’ high-stakes poker game aboard a yacht, Craig recruited Deran to rob them — only to find that they were playing with singles. “We settle with cryptocurrency,” explained one of the guys, barely holding back a withering “Duh.” As Craig and Deran looked for Rolexes, the Richie Riches couldn’t contain their amusement. “What century are you guys from?” asked one. But Craig got the last laugh when he radioed the Coast Guard to say that the boat was having engine trouble — “and we just ran out of cocaine.” With that, he covered the d-bags in snow and took off for shore with Deran on a jet ski. Back at the bar, Deran’s crummy day continued when he was paid a visit by Agent Livengood, who’d spotted Adrian on an airport-security camera leaving the country. “I didn’t care about you or your white-trash surf family” before, he told Deran. “I do now.” (Cue Deran’s FML look in 3, 2… ) Meanwhile, Pete stopped by J’s bowling alley to pitch him a job he’d never have brought to Smurf: A smuggler’s plane had gone down in the San Bernardino Mountains, and he had a transponder that sent a signal to its location. Why wasn’t Pete going to clean it out himself? Doing so was going to require a level of outdoorsmanship that his crew simply did not possess. Anyway, for at least a day or two, “it’s finders keepers,” he told J. “Go get it.” 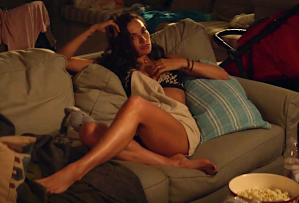 That evening, Renn sarcastically thanked Craig for stopping by. (And she didn’t even know about the blonde he’d been talking up at Deran’s bar.) What happened with the will, she wanted to know. And as if to prove how much she wanted to know, she initiated sex despite Nick having spent the day “trying to chew my tits off every time I tried to feed him.” Shortly, J called his uncles to the house to pitch them Pete’s job. And Craig and Deran were both in if the absent Pope was. Returning to the home he’d shared with Adrian — the one he’d been avoiding — Deran got drunk and made an ill-advised living-room bonfire of every souvenir he could find of his ex. (And there were a lot.) Afterwards, he drove to Craig’s and honked until his brother agreed to go night surfing with him. Anything to to get Deran to stop honking and not wake up Nick!

So, what did you think of “What Remains”? If nothing else, Shawn Hatosy had to have broken you just a little bit with his performance as Pope. That little anguished wail at the cemetery… does anybody do “raw” better than he does? Hit the comments with your reviews and reactions.