Remember when you thought the most complicated thing on You Are My Spring was Da Jeong’s love triangle?

Well, as fans learned during Episodes 3 and 4 this week, Netflix‘s latest Korean drama has moved beyond a scenario in which Da Jeong might choose to love Young Do or Chae. Technically, those two choices ended when Chae died in Episode 2 (either by his own hand or through the actions of an unknown killer).

While Episode 3 did a great job of throwing trauma survivors Da Jeong and Young Do together in ridiculously charming and romantic ways — road trip! — the installment that followed spun a mysterious web of details and clues about Chae and his cult-ish upbringing. There was at least one adoption through a nefarious church of some kind, and Chae’s secret twin brother got adopted.

Chae’s “twin” is the dude who shows up in Episode 4 and causes a heap of confusion and trouble. The police began trailing him and Da Jeong even wondered if the man, who lives in America, was a ghost. But the mystery doppelgänger, who started out as mellow, quickly changed and began lashing out. He yelled at Da Jeong for staring at him and came across as combative when Young Do returned to the site of Chae’s death and found the guy lingering suspiciously. 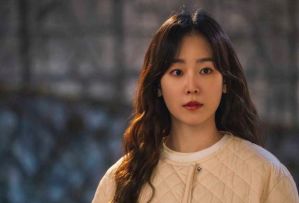 Speaking of suspicious, what is the deal with Chae’s childhood church/cult? Evidence seems to suggest that church leaders were selling kids into illegal adoption situations. Worst still, Chae’s death and typed murder confession feel linked both to the mystery twin and the cult in which they were unwitting participants as kids. Did a church leader help orchestrate Chae’s death? And what exactly is his twin hiding?

The only downside of this twinning mystery is that it distracts from the love connection between Da Jeong and Young Do. These two lovebirds are truly falling for one another and he even gets along with her mom. They clearly care about one another, as exhibited by the way Da Jeong rushed to the hospital when she feared Young Do might be hurt. Comedy ensued when it was revealed that Young Do’s high-school friend was talking about his dog who is named after Young Do and not the actual man.

In the meantime, Young Do has stopped trying to psychoanalyze Da Jeong quite as much and Da Jeong went out of her way to give him a Dr. Hallow toy because, like the little cartoon character, Young Do gives little pieces of his heart to those he loves. Awww! 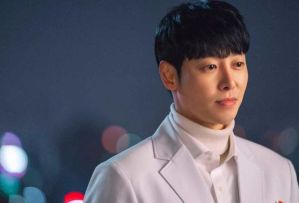 And when Young Do’s vengeful and silly ex-wife Ga Yeong swiped the toy, Young Do went to the toy vending machine and bought every little plastic egg he could in hopes of getting another Dr. Hallow to remind him of Da Jeong. She eventually found him trying to buy another Dr. Hallow toy and sweetly helped out in support. How could anyone not root for that type of love?

What did you think of Episodes 3 and 4 of You Are My Spring and do you think Chae’s twin is the real killer? Drop your thoughts in a comment below.