As The Walking Dead lumbers toward the finish line, it’s going back to where it all started in a new promo dropped Thursday ahead of the AMC drama’s August 22 Season 11 premiere. In the video, we rewind all the way to an inspirational pep talk by none other than original leading man Andrew Lincoln’s Rick Grimes.

“This is how we survive,” the embattled protagonist tells his crew. “We tell ourselves that we… are the walking dead.”

Elsewhere, in the time-tripping clip, we glimpse everyone from a baby-faced Glenn to Hershel to Michonne as Daryl, Maggie, Ezekiel, Yumiko, Negan, Gabriel and more intone, “No matter what we’ve faced or who we’ve lost, no matter where we’ve been or where we’re going, whatever happens, we finish together.”

The video isn’t just a look back, however. We’re also given a sneak peek at Season 11 — which includes at least one of our regulars decked out in the stormtrooper outfit of a Commonwealth soldier.

In addition to the trailer, AMC also released key art for “The Beginning of the End,” Part 1 of what it’s calling The Final Season Trilogy. To take a closer look at the image — which prominently features Limitless vet Michael James Shaw as Commonwealth soldier Mercer — just click on it below. 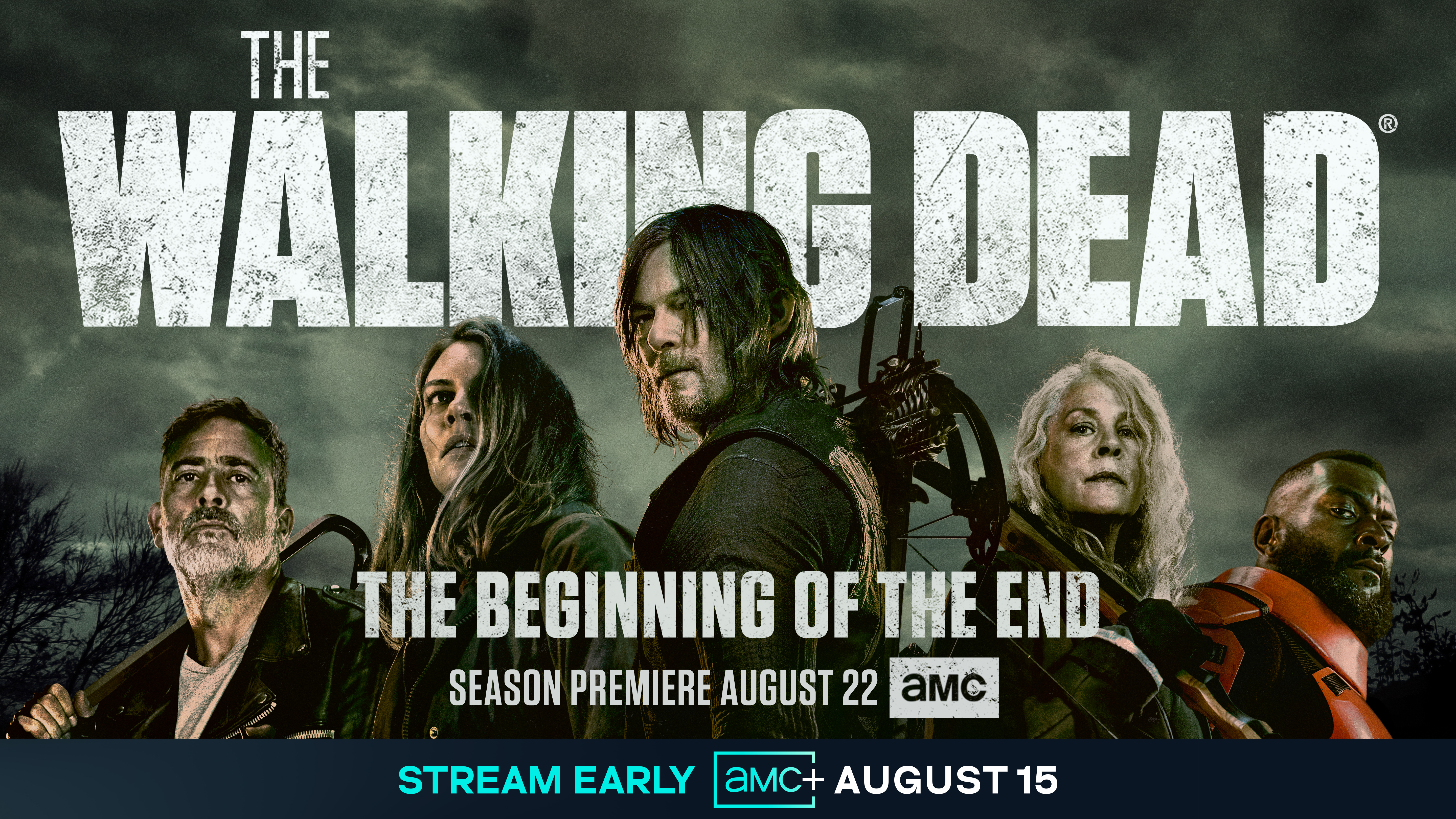 And to feast your eyes on the snazzily edited trailer, press PLAY on the video above, then hit the comments with your answer to this question: What would The Walking Dead have to do for you to consider the finale truly satisfying?