There is something about jail that really brings out the best… or the worst… in people.

A bit of both happened to grown-ish‘s Zoey and Aaron after the newlyweds got arrested while vacationing in Mexico in the Season 4 opener. And this Thursday night, fans got to see what happened after the two got detained, in the Episode 2 installment titled “Drunk in Love.”

Because make no mistake about it, these two were definitely drunk when they stole a pinata, got married and hooked up on the beach. Two of those things were illegal, but it turns out that the cops nabbed Zoey and Aaron for walking off with the paper mache party favor. Technically, Zoey is the one who did the actual stealing; Aaron, on the other hand, got handcuffed after he attempted to bribe an officer because he’s not American. He’s “African American.” Groan. Just don’t be an ugly American, my dude.

Instead of Aaron accepting fault for the bribery thing, he turned on Zoey and said they bring out the worst in one another. Zoey tried to argue against that but she realized she had been selfish at times when it came to their on-again/off-again love story. So, she fessed up to the cops that she did in fact steal the pinata, and the cops locked her up and escorted out Aaron. 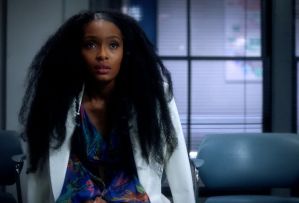 This made Aaron go ballistic, and he attempted to fight for his new bride but it was too late — Zoey had to spend the night in a jail cell and Aaron had to go. Thankfully, he didn’t go far and slept outside the jail. And when the cops released Zoey the following morning, she walked out to find her boo snoring on a bench.

Zoey roused Aaron and they embraced and exchanged sweet nothings — including the fact that sobriety and the new dawn had made them realize eloping in Mexico was a terrible idea. The two promised to get divorced, but apparently their marriage wasn’t even legal because they didn’t have a license or blood tests. Oh, Chapel of Love owner, you deceitful minx. 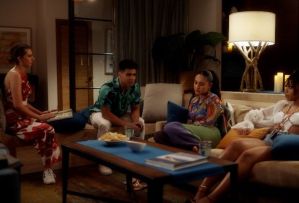 Back at the hotel, Ana and Javi broke up because she was still (understandably) angry about his lie of omission regarding his negative chlamydia test results, and he was still miffed she hacked his tablet. Instead of her flying back home, as she originally planned, Javi flew home to get away from Ana and her intrusive friends.

Luca, meanwhile, helped Doug get his groove back with a couple of local and age-appropriate hotties at a quinceanera by pretending to need Doug as his interpreter (when in actuality, Luca’s Spanish is much better than Doug’s). He just needed a way to help get Doug out of his funk over Jazz so Doug could finally move on — and he did.

In the end, the gang met up on one of the hotel’s lanais and toasted to their senior year and bright futures. Vivek noted that COVID had arrived in the U.S., but everyone shrugged it off. Ahhh. Those were the days.

What did you think of Zoey and Aaron’s row and are you confident that they will finally stay together? Drop your thoughts in a comment below.