Warning: The following contains spoilers for Wednesday’s Good Trouble premiere. Proceed at your own risk!

Hearts were crushed during Good Trouble‘s Season 3B premiere on Wednesday as multiple couples met their end.

Among those nursing a broken heart are Mariana and Evan, with the former opting to inform her Fight Club friends about Evan’s plan to take his company public. That move gave the gals the leverage they needed to settle with Evan and get funding for their app — but it also cost Mariana, big time. Even though Evan wanted to continue their relationship, Mariana realized she couldn’t keep making excuses for him and broke up with her boyfriend. Meanwhile, Mariana’s friends cut her out of the app, announcing that they don’t trust her.

Elsewhere, Isaac was unable to get over Malika’s confession that she wanted to try polyamory and instead chose to take a job out of the country for six months. Meanwhile, Dennis didn’t get a very warm “welcome home” from Davia, who accused him of only coming back to the Coterie because he learned (via Gael) that she was seeing someone else. (Speaking of that someone else, Davia also broke up with Matt.)

But the episode wasn’t all about heartache: Callie and Gael are giving their relationship another try, although this time around, things are a lot more complicated with his pregnant one-night stand Isabella moving into his loft.

Below, showrunner Joanna Johnson breaks down all those breakups and previews the “tough” road ahead for Callie and Gael. 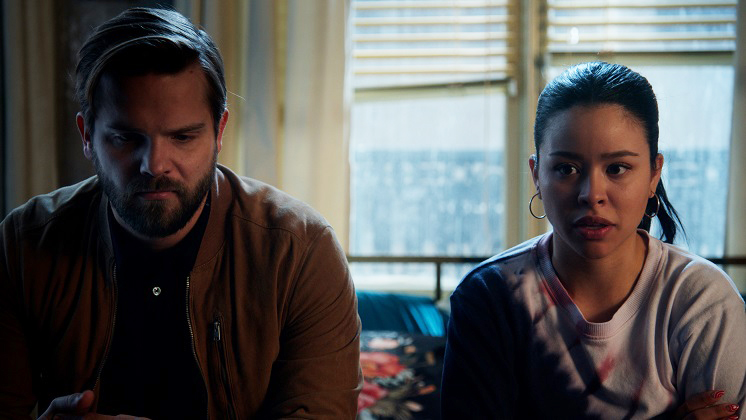 TVLINE | With these two major breakups between Mariana and Evan, and Isaac and Malika, as valid as they are, these are really well-liked relationships and love interests. So can you talk about the thought process and whether there was any debate about splitting these characters up?
Well, the breakup that breaks my heart the most is between Mariana and the Fight Club girls. It’s a question of, “Do you pick your friends over your romantic relationship?” Mariana really painted herself into a corner, and to prove to these girls who she had such a deep history with and who quit their jobs to be in solidarity with her, she had to come clean about Evan. She had to choose, and so she chose her friends over Evan. When you think about it, Evan has evolved, but there have been a lot of times that Evan really has required Mariana to school him on what he should be doing, as opposed to knowing what the right thing is. In order for Mariana to mature and to grow, he’s a relationship that’s sort of collateral damage, in a sense. She had to move on from him, at least for now. With us, you never know when you might see someone again, but she has to prove to the Fight Club girls that they come first, if they’re ever going to forgive her.

And then with Isaac, that’s been a long-term relationship for Malika, in the series at least. She’s realizing that she may be polyamorous or wants to explore polyamory, and that maybe she’s not quite ready to say that he’s the one for her for the rest of her life and that she’s ready to be completely monogamous. Polyamory is an interesting thing that seems to be growing in popularity. A lot of people [are] realizing that you can’t get all your needs met from one person, and it’s a lot of pressure to put on someone, and that for some people, they can love more than one person at a time. We have this idea in our country that that’s wrong, that monogamy is the only way to live your life. Conscientious non-monogamy, it’s something interesting, and we thought it would be interesting to explore for Malika, because Malika’s still learning so much about herself and may be not quite ready to just be committed to one person for the rest of her life.

TVLINE | Since Isaac has basically broken up with her and left the country for six months, does that open the door for Malika to explore something with Dyonte?
When Isaac said, “Look, I can’t do what you want. I can’t do this poly thing,” because she loves him, she said, “Then we’ll just go back to the way things were.” But now he’s kind of hurt. His ego’s a little bruised that she could even think of anyone else than him. I think he overreacted a little by rejecting her back and then leaving the country. So she’s going to look at that and be like, “Well, maybe his commitment to me wasn’t as solid as I thought, if he can’t allow me to express my feelings in an honest and open way without up and leaving.” And so that does sort of open the door to Dyonte in her mind. It’s like, “Why should I sit around waiting if Isaac’s just given up?” Because he does. Isaac just sort of gives up. She’s honest with him. She says, “I’m interested in exploring a relationship with Dyonte, but staying with you,” and he says, “I can’t do it,” and she says, “OK, well, I love you. You’re more important. We’ll stay in a monogamous relationship,” and he’s like, “Well, you can’t unring that bell now, and I’m leaving.” So he really does abandon her. 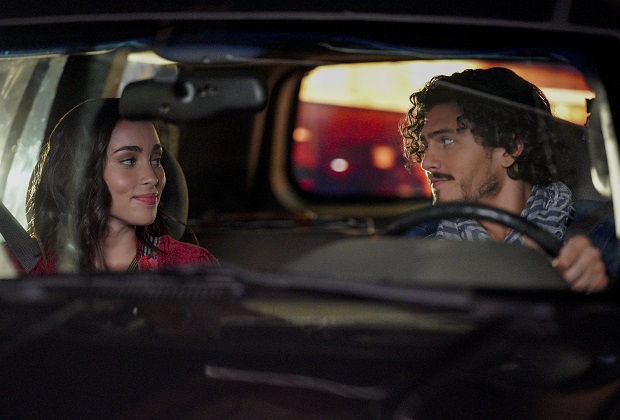 TVLINE | Callie tells Gael she’s not afraid of complications, and I have to say I was pleasantly surprised by how mature everybody was in regards to the Callie/Gael/Isabella situation. They were all handling it with a lot of grace. But I can’t imagine it’s not going to come without some messiness. So what can you tease on that front?
Both Gael and Callie go into it with the best of intentions… Callie, traditionally, does choose complicated situations to get herself in. I don’t think she’s interested in things that are too easy yet. That’s something that happens a lot when you’re young, and especially in your twenties. You sort of crave complications, you’re sort of into the mess. It’s not until you get a little more mature where you’re like, “Maybe it would be just nice to just have a relationship where there’s no drama and where I can count on what to expect…” But Callie’s not quite there yet. She’s still young, and she still has this attraction to Gael. She is questioning if she made the wrong decision when she chose Jamie over Gael, and she wants to explore that. But again, it’s not going to be easy when he not only got somebody pregnant, but she’s also going to be living with him. That’s going to be tough.

TVLINE | You finally have Dennis back, but Davia tells him that he has to prove that he’s back for the right reasons, and she’s not going to wait around for him. But she does break up with Matt still. What does that say about her not waiting around for him?
Well, she’s being very mature to say to Matt, “Look, I thought I was over Dennis. I didn’t think Dennis was coming back, and now he’s back, and I’m not over him, and I’m not going to date you when I’m still in love with someone else. I’m not going to start a new relationship with unresolved feelings. I’m confused.” Did Dennis come back because he’s really resolved, or did he come back because Gael told him she was seeing someone new? And if it’s just a knee-jerk reaction, she can’t really trust Dennis. Right now, she’s not in love with Matt. She’s in love with Dennis. So she’s not going to lead Matt on, even though she likes him a lot, while she’s still unsure about Dennis. So she’s made a very mature decision and a really sensitive one to Matt, saying, “I’m not going to involve you in this until I know what I want.”

Good Trouble fans, what did you think of the episode? Grade it below, then hit the comments!