The legendary TV producer’s hit series like All in the Family, 227 and Maude will now be available to stream exclusively on Amazon Prime and IMDb TV, TVLine has learned. Amazon has struck a licensing deal with Sony Pictures Television which will bring these classic series to streaming — some for the first time ever. 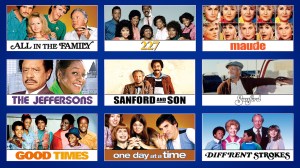 The fact “that Sony found a home for that library with Prime Video/IMDb TV where new generations could find it is the best present a man entering his 100th year can have,” Lear said in a statement.