Kwame Patterson auditioned for two separate roles on Snowfall and didn’t get either.

Then a chance meeting with the FX drama’s showrunner, David Andron, led to a full-season offer to play Lurp, a Vietnam War vet and the lead character Franklin’s hired bodyguard in Season 4. There was just one problem: Production stopped midway through Episode 4 due to COVID, and when Hollywood finally reopened, the actor had another offer on the table — a starring role in OWN’s David Makes Man playing the adult version of the series’ titular character.

Further complicating matters: Both shows were set to shoot at the same time. Patterson had a decision to make, and he chose David Makes Man. As a result, the actor’s Snowfall stint was shortened to just four episodes. 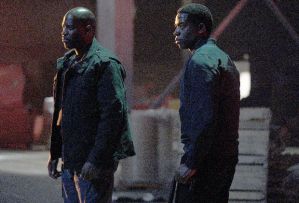 “We reached out to Snowfall so that they already knew ahead of time and they rewrote the scene with my character Lurp telling Franklin, ‘I can’t be in this world anymore,'” Patterson recalls, adding that he even managed to work in a LeBron James joke behind the scenes before leaving for his new job. “Then I flew out to Florida and I told them I was taking my talents to South Beach.”

Having the rarified honor of co-starring on both The Wire, as Marlo’s lieutenant Monk, and Snowfall, Patterson feels like he’s especially qualified to weigh in on the ongoing debate on which series is better. And without hesitation, the Baltimore native says The Wire is the superior drama.

“Bar for bar, The Wire was one of the best written shows on TV,” the actor says candidly. “It’s like the Biggie vs. Tupac thing all over again. Snowfall is an amazing show. Don’t get me wrong, it’s dope. But The Wire hands down is the better show. If The Wire came out in this era, it would win so many awards. It was before its time. That show came out in a time when Hollywood wasn’t checking for us and that’s why The Wire wasn’t getting the accolades it deserved. 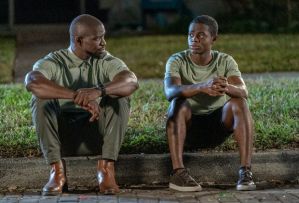 “Critics were saying this is the most amazing show on TV and we had record-breaking ratings in Season 4 but still, Entourage, Sex and the City and The Sopranos all got nominations and The Wire didn’t get anything – not even a BET Award or an NAACP Award,” he continues with a chuckle. “We got an NAACP Image Award nomination in Season 5 and we lost to Grey’s Anatomy. We also didn’t have social media back then. But people were throwing Wire watch parties and The Wire made a lot of people stars from Idris Elba to Michael K. Williams and Michael B. Jordan. Even Anthony Hemingway, the director, started on The Wire.”

If it feels like Patterson is an unabashed man, he quickly clarifies that David Makes Man — a series about trauma haunting a Black boy in a white world well into adulthood — has helped him trust his emotional instincts a lot more. 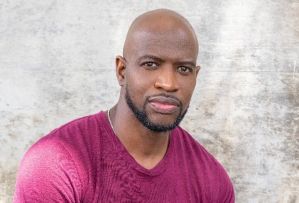 “I wasn’t always this candid. I used to be very reserved and I used to be very quiet and didn’t say much,” Patterson reveals. “If I didn’t know you, I didn’t talk to you. I’m an introvert. As I’ve gotten older, I’m more engaging and friendly. Adult David and I have a lot of similarities and the show has helped me become more expressive and to tap into my emotions.”