Spoiler alert: We’re about to discuss a major reveal from Episodes 5 and 6 of Virgin River‘s third season.

Mel Monroe isn’t the only Virgin River resident with a complicated romantic backstory. As she learns (albeit accidentally) in Episode 5 of the Netflix drama’s third season, Jack apparently has a secret ex-wife named Mandy! 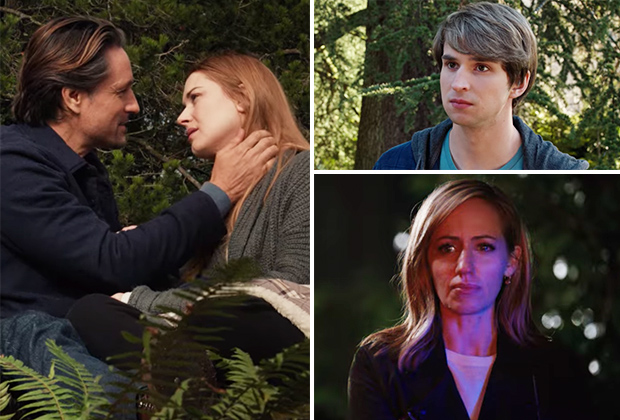 “I just about spat my coffee out when I read that in the script,” Martin Henderson tells TVLine. “Like most of the audience, and certainly like Mel, I was shocked and confused. I called [showrunner Sue Tenney] and I was like, ‘He was married? Why didn’t I know that?’ I got kind of offended on Mel’s behalf. Why wouldn’t he have shared something so relevant?”

Jack eventually offers up an explanation (of sorts) in Episode 6, saying, “There’s not much to tell. We got married right out of high school, I joined the Marines and she filed for divorce when I shipped off to Iraq. The whole marriage lasted less than three months. It’s not something I ever think about.”

Henderson believes that “Jack is being sincere when he says it’s not something he ever thinks about. The relationship never had time to evolve into anything deep or serious. I don’t think it was some great love, so much as she wanted to get married and he said OK. He was a young man.”

But while Jack may be downplaying his marital past, Tenney tells TVLine that Mandy’s existence is actually more critical than it seems. “Now you can see that he did make that commitment at some point,” she says. “He’s been a confirmed bachelor since then, but he did marry someone at one point. This is the stuff you find out as you get to know someone, and Mel and Jack really haven’t known each other for that long. Our show moves pretty slowly.”

It doesn’t sound like Mandy is anyone Mel needs to worry about in the present, which is good, as we’re not sure she and Jack could handle another obstacle at this point. Still, can you imagine the chaos that would ensue if Jack’s ex-wife decided to reconnect with him all these years later?

“Mandy showing up in Virgin River would complicate things even more,” Henderson acknowledges, adding, “It’s possible with this show.”

What was your reaction to learning about Jack’s ex-wife? Do you want to know more about Mandy, or should we leave the past in the past? Drop a comment with your thoughts below.