This Sunday, Legends of Tomorrow (The CW, 8/7c) is sparking up and revealing how the Waverider’s favorite stoner came to be.

Having forgotten Behrad’s birthday, the team instead ends up chasing an alien pod to the set of a TV show that also happens to be the birthday boy’s old favorite. After Behrad mistakes audience taping tickets for a gift, he and his friends infiltrate the production and discover just how important Bud Stuy, a sitcom about two Middle Eastern stoners, was to Behrad’s formation.

“This episode is sort of Behrad’s origin story,” his portrayer Shayan Sobhian previews. “You get to see what made him him, and it just happened to be his favorite sitcom, which I could totally relate to. I often cite School of Rock as being my artistic genesis. Watching that movie completely changed my life and made me want to get into music and then subsequently acting. Zari has a line in an episode where she’s like, ‘A sitcom literally changed my brother’s life.'” 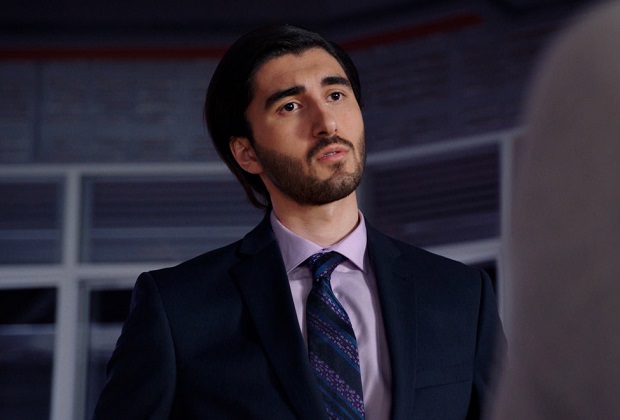 But when the baby alien’s arrival starts to affect the storylines on the sitcom, the Legends find Behrad changing, too — in some pretty big ways. “It gets a little wild. It gets a little Back to the Future-ish,” Sobhian teases. “Those rules have been established, where if you mess with the timeline, it could have these crazy effects that you won’t expect.”

Taking place over “two stages” that are “like my descent into Hell, as it were,” Behrad starts to morph into a different person, Sobhian previews, adding that “the farther away you are from your core, true, authentic self, I think that’s the definition of Hell. So that’s what we get to see, but it’s done in this really hilarious way. It was so fun for me to get to play those different versions.” 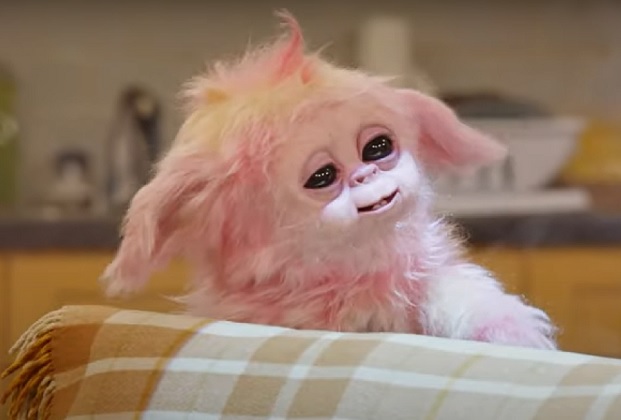 As for that wee extraterrestrial, it might be even more adorable than — gasp! — fan-favorite Beebo. And in person, the puppet is “even cuter” than he looks on screen, Sobhian attests. “And let me tell you, his skin is so soft. It’s like softer than baby skin.”

Watching four puppeteers handle the creature “was the closest I got to real movie magic,” Sobhian says. “It felt like I was on a Star Wars set, where they have all these technicians and it’s all coming together, and then you’re acting with this thing that really comes to life. I was so grateful that we didn’t use CGI for the whole thing. We actually had a live puppet. I think that just, like, sold the whole thing. We’re trying to see if this will out-Beebo Beebo.”

Legends fans, hit the comments with your hopes for Behrad’s big episode!