Over the course of The Republic of Sarah‘s first three episodes, the CW drama has showcased the challenges of not only creating a new country, but also of repairing a troubled and broken family unit.

The series centers around history teacher Sarah Cooper (played by Tell Me Your Secrets‘ Stella Baker) and her quest to save her hometown of Greylock, New Hampshire from a mining company by declaring independence. But the show has also proven itself to be a rich and messy relationship and family drama, especially when it comes to the Cooper clan. When viewers first met Sarah’s mom Ellen (Reign‘s Megan Follows), a former senator, in the pilot episode, they were introduced to a woman with a serious addiction to alcohol. After Sarah’s estranged brother Danny (Blindspot‘s Luke Mitchell) returned to Greylock as the mining company’s lawyer, it was revealed that while growing up, he suffered years of physical abuse at the hands of his alcoholic mother.

“It’s a very complex issue,” Follows said during a panel ahead of the show’s premiere. “There are a lot of psychological areas of gray within very dark and light elements of a character’s behavior. So I find Ellen quite fascinating. There’s a tremendous amount of love she has for both of her children, and she has a huge amends to make. So for me, it’s interesting with her son, there’s a huge amount of repair that may or may not be able to happen.” 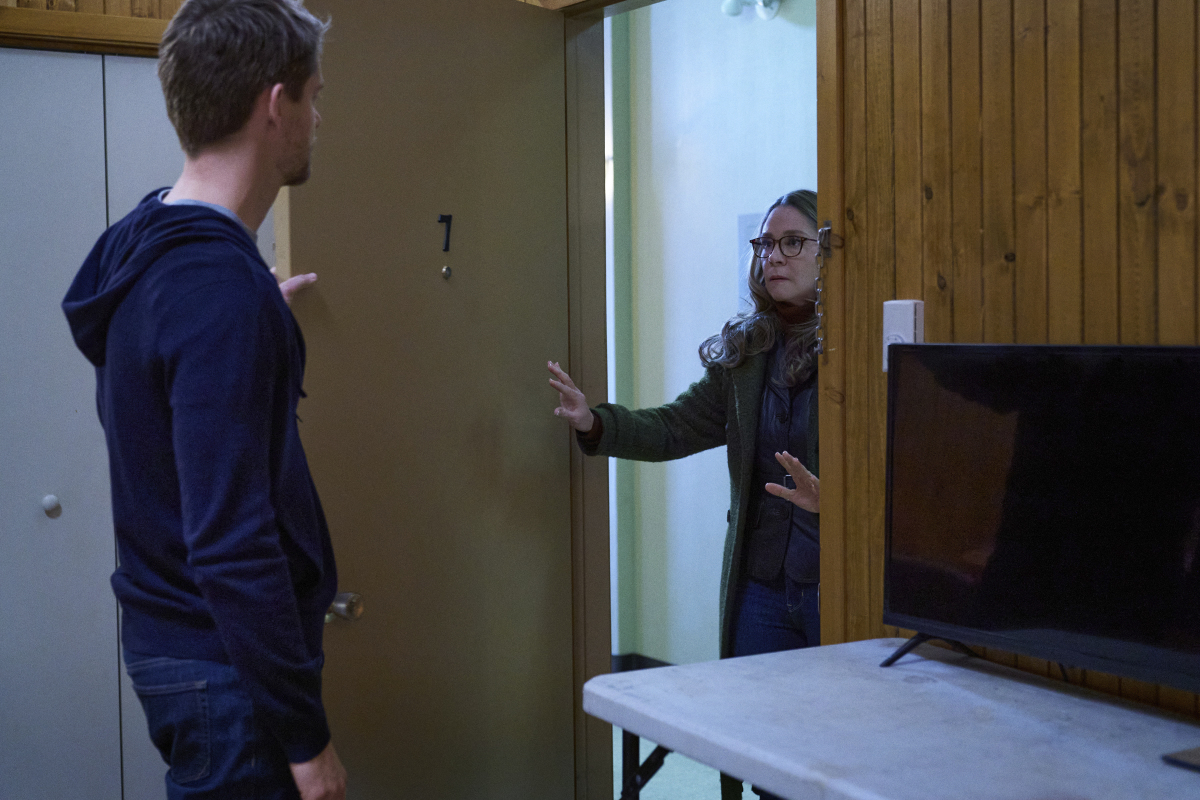 In last Monday’s episode, Ellen — who is in the early stages of trying to sober up — went to visit Danny at his motel room, hoping to make up for her wrongdoings. “He can’t hold a grudge forever,” Ellen told Sarah, who pointedly replied, “Why not? He’s going to have the scars you gave him forever.”

Unsurprisingly, Danny shut the door in his mom’s face, after which she kept pounding on it, causing him to repeatedly flinch at the loud bangs. “Avoidance is a big thing,” Mitchell said of the mother-son relationship. “Danny doesn’t want anything to do with his mom. As far as he’s concerned, there’s a complete disconnect, and he just wants to move on. And so him being back in Greylock, and his mom still being in Greylock, is a massive challenge to him being a functional adult.”

In writing such a complicated and painful family dynamic, creator Jeffrey Paul King hopes to bring brutal but necessary honesty to the narrative. “There’s this illusion that most people grow up with a white picket fence and a golden retriever, and it’s just not true,” King shared. “All of my closest friends come from broken homes and situations that are traumatic. So I think there’s a realism to that that a lot of people identify with, and I was interested in telling a story that had some difficult things in it. Because if we could treat them maturely and treat them properly, it would be a really naked exploration” of what happens in the aftermath of abuse. 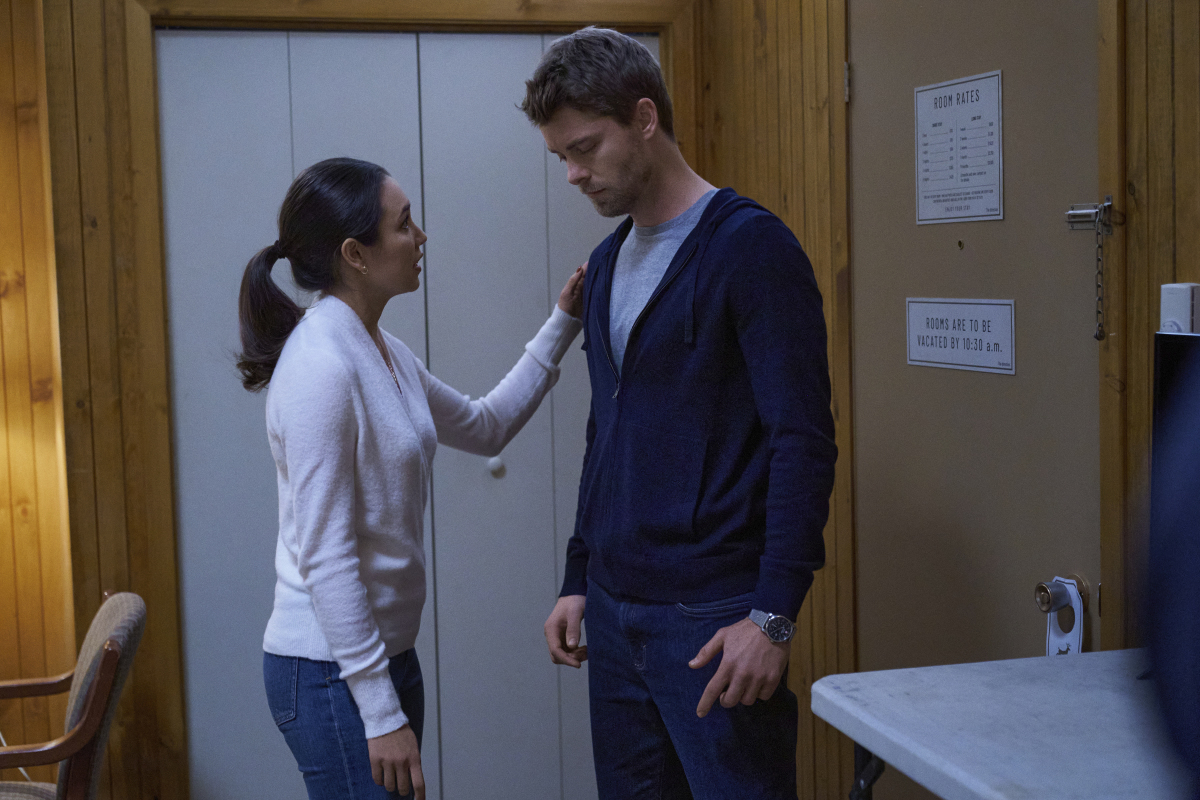 “The difficult truth of things like alcoholism and abuse is that the world doesn’t stop the day after that stuff occurs. You have to keep living and keep seeing each other… So I’m hoping that this show can maybe offer a very stark look at how that might be able to happen,” King continued, noting that a writer on staff who is a survivor of abuse at the hands of their mother was “really influential and instrumental” in crafting the storyline.

“Certainly, there are moments that are pretty difficult, and I think we tried to handle them with empathy, but [also] with realism,” King added.

A new episode of The Republic of Sarah airs tonight at 9/8c on The CW.