THE PERFORMANCE | “There’s always a quid pro quo.” With those words early in the series finale, Bosch put the infuriating pieces together, realizing how Chief Irving traded justice for young Sonia Hernandez for job security. From there, Welliver was a walking, brewing storm — though his best scene would be one of a very different tone.

In chasing after elusive gang leader Miguel Peña, Bosch confronted Irving outside the cop shop, hissing, “I know what you did.” When the chief contended that nabbing a pair of foot soldiers was a job well enough done, Harry wasn’t having it. “As long as you get your five years tacked on, all is good and bright in the City of Angels…. F–k you!” he shot back, Welliver’s face conveying every ounce of disdain.

Next in his pursuit of Peña, Harry appealed to CIT’s Agent Goshen, pointing out how 10-year-old Sonia died alone, calling for her mother, while the man who ordered the arson that killed her and others was going to “f–ing walk,” all because he’s about to wear a wire for the feds. Sensing Goshen’s empathy, Bosch asked: “In what world is that the greater good…?”

Yes, Bosch later got in Irving’s face, when the chief’s insistence on returning Peña to the FBI got both the gang leader and Sonia’s grieving father killed. (“This is all on you! This, too,” Welliver spat, as Harry turned in his badge. “Take it. Keep it.”) But the scene that truly moved us, nestled midway through the otherwise intense hour, went down at Musso & Frank’s, where Maddie told her dad that she had applied to the LAPD.

Here, Welliver and the writers could have opted for the more typical indignation (“You did what?”) or puzzlement. Instead, Harry’s well-considered response spoke volumes, leaving Maddie to wait for any approval. “I am proud,” Harry eventually assured her. But as Maddie excitedly spoke of one day sharing her first shift with her father, the reflection in the bar mirror revealed Harry’s true unease. After all, over his own career he has seen a lot and lost much — including, very recently, Judge Sobel. (Also, maybe he sensed his time at the LAPD wouldn’t in fact overlap with Mads’?) Either way, Harry needed to let his little girl know he had her back. “Mads, I am proud of you. Always,” he said, Welliver’s timbre rich with paternal warmth. “Always.” 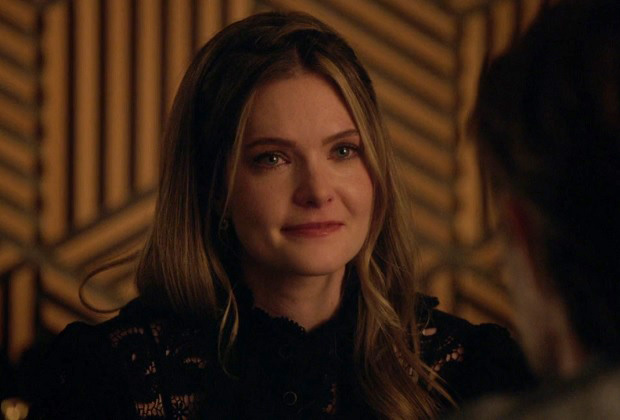 HONORABLE MENTION | During The Bold Type‘s five seasons, Meghann Fahy has continually impressed us with her ability to juggle light-hearted moments with difficult struggles as her character Sutton went through a miscarriage, almost got divorced and confronted a potential problem with alcohol. The actress demonstrated that talent once more in the series finale, which ultimately resolved the discord between Sutton and her estranged husband Richard on the subject of children. But first, the stylist shared an emotional adoption recommendation letter she wrote for Richard. With a sad almost-smile and teary eyes, Fahy imbued the statement with both palpable heartbreak and loving support as Sutton sought to give her hubby the future she thought he wanted. That scene was one of many over the show’s run that has us excited to see where the future will take Fahy in her post-Bold Type career adventures. 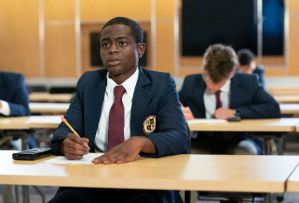 HONORABLE MENTION | Akili McDowell proved his acting prowess when David Makes Man premiered nearly two years ago. What is even more impressive is the Houston native’s increased depth of emotion as teenage David in Season 2 of the OWN drama. McDowell’s expressive eyes and accordion-like posture made us feel every disappointment during the second installment, titled “Hurston.” This includes the frustration that creased his brow as his “friends,” geometry teacher and the dean at his predominately-white prep school lifted him up, only to punish and ridicule him the moment he stumbled. His countenance relaxed into a genuine grin when he reconnected with his middle-school chum Marissa and frosted as his dorm mate Luis tried re-entering his good graces. But it was the combination of suspended shock and pleasure upon discovering his mom Gloria’s sobriety that showcased star-on-the-rise McDowell’s richly convincing physicality. 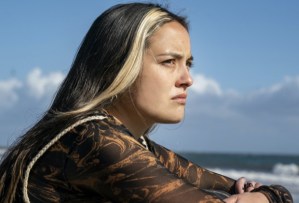 HONORABLE MENTION | From its flashy beginnings, Chase Sui Wonders‘ Riley seemed like the coolest, most collected teen of the Generation bunch. But in Episode 14, she could no longer maintain her composure, as creeping anxiety and depression sent her on a tailspin. With her parents’ marriage crumbling and Greta seemingly uninterested, the teen felt unloved and unwanted as she questioned her future and place in the world. Wonders handled Riley’s complicated emotions with aplomb, filling the frame with lost stares, while fighting back tears and trying not to break. The actress instilled her performance with so much sadness we felt it in our bones. After suffering a debilitating panic attack, Riley reunited with her salve Chester, whose mere presence gave Wonders the green light to flip the script to half smiles and hopeful glances. By episode’s end, Wonders had exhumed our inner empaths, leaving us full of feeling and praying that Riley finds the inner peace she deserves.