When IMDb TV‘s Leverage: Redemption reunites the Grifter, the Hacker, the Hitter and the Thief, Sophie Devereaux will find herself tackling double-duty, as the crew’s new leader.

But as Leverage fave Gina Bellman makes clear, it is not a responsibility the resident grifter-in-chief seeks out in husband Nate Ford’s absence.

“I felt that they wrote the opening episode really well in terms of Sophie’s journey,” Bellman told TVLine ahead of the series’ Friday, July 9 debut (with the first eight of 16 episodes). “Like, you get the feeling that she’s been very happy and had a very fulfilling time” since the original TNT series ended, but “when the team gets back together, she really embraces being a part of something that’s meaningful.” Picking up exactly one year after Nate’s offscreen death, “She’s looking for direction.” 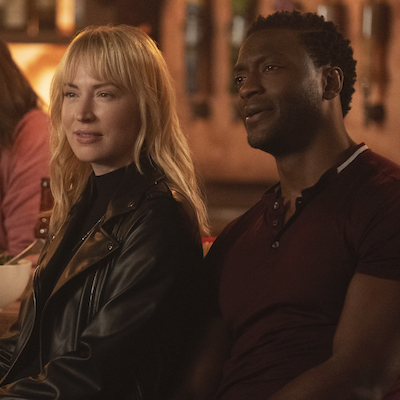 Fellow Leverage team members Parker, Hardison and Eliot (again played by Beth Riesgraf, Aldis Hodge and Christian Kane) check in in Sophie on said sad anniversary, and propose an old-fashioned museum heist to lift her spirits. That escapade in turn introduces them to Harry Wilson (The Librarians‘ Noah Wyle), the lawyer for opioid titan/patron of the arts Fletcher Maxwell (Bosch‘s Reed Diamond). For the elaborate con that follows, Sophie is tasked with calling the shots — for “one, only one” more job, she insists. 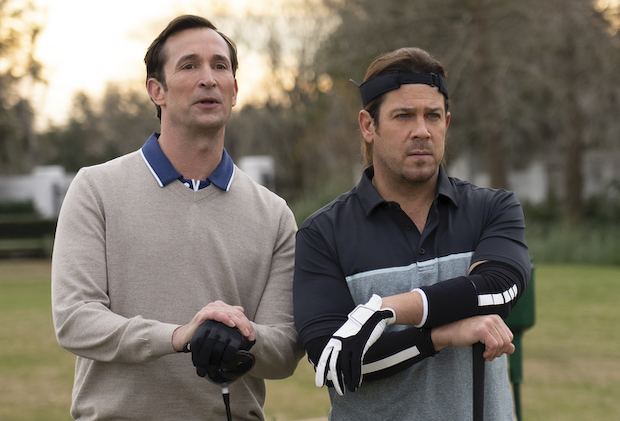 Wyle’s Harry Wilson, meanwhile, is prompted to make up for his own sins, as the man who for years has made Fletcher Maxwell’s deplorable transgressions disappear. “Much as the season is about redemption for Harry Wilson, Sophie’s season is about whether or not she can take this matter on,” Bellman previews. The short answer — non-spoiler alert! — is yes. “She gains confidence as the season goes on, more and more and more confidence,” Bellman smiles. “That’s fun to track, and really fun to play.”

As team leader, Sophie will help break in two new additions, in Harry as well as Hardison’s foster sister Breanna (played by Charmed’s Aleyse Shannon), who is a hacker/”maker” in her own right.

“Sophie recognizes in Harry Wilson that he’s a bit of a kindred spirit and they’re on a similar journey, but she’s not altogether trusting,” says Bellman. “She’s sleeping with one eye open — but I think a bit of healthy wariness is good for the characters.  I think we’re a little more welcoming to Breanna, who arrives like a big puppy!”

Want scoop on Leverage, or for any other show? Email InsideLine@tvline.com and your question may be answered via Matt’s Inside Line.