Any similarities between Rob McElhenney’s most notable characters — Ian from Mythic Quest and Mac from It’s Always Sunny in Philadelphia — evaporated during Season 2 of the former.

McElhenney and the writers behind Apple TV+’s workplace comedy made sure that Ian evolved with every episode, a feat Mac admittedly never mastered. “That’s something that is really exciting for us in the writers room,” McElhenney divulged at a recent FYC event, while giving a nod to the FX/FXX sitcom that started it all for him.

“I did this other show for a long time where the characters never grow or change or learn anything at all,” he added with a chuckle. “So when we started mapping out this season, we looked at it as an opportunity to see real change for better, or for worse.” 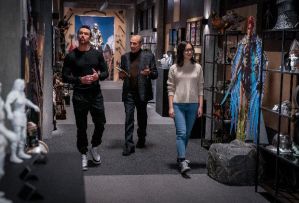 That change came in large part when Ian promoted Charlotte Nicdao’s Poppy to co-creative director at the video game company. Suddenly, he became more like her, and she became more like him. There was even an uncomfortable impasse in Episode 5. Of course, by the Season 2 finale the two met in the middle, but there were a lot of hurtful things that were said and done along the way, until Ian and Poppy found their happy medium.

“We were really interested in exploring what it means to be given a leadership position when you don’t naturally have leadership qualities,” Nicdao expounded. “Poppy’s role model up until then had been Ian. But he’s not the greatest leader to be modeling herself after.

“I kind of love this idea that she’s this genius at one job, but she’s been given a totally different job than she has skills for,” the Australia native continued. “And when she gets stressed, all her worst qualities come out. You start to see the ego and arrogance planted in the first season that are no longer so endearing.” 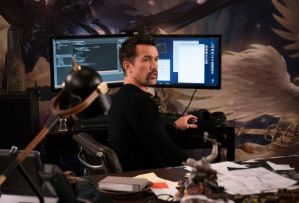 McElhenney said Ian’s evolution and Poppy’s de-evolution of sorts is what Mythic Quest has pursued in regards to most of its characters. And if Apple TV+ picks up Mythic Quest for a Season 3, fans can expect even more depth and growth.

“We explore what it’s like to navigate the office space as a white man in your 40s or a young gay woman in your 20s, or whatever David [Hornsby] is,” McElhenney said, ribbing his costar and fellow EP. “So much of what is in the show comes from conversations in the writers room and what interests us. How can we grow and how can we evolve, and how can we navigate the ever-changing world?”