We haven’t seen the last of Aziraphale and Crowley.

Good Omens — which was initially conceived as a limited series — has been renewed for Season 2, Amazon Prime announced Tuesday. Michael Sheen and David Tennant will reprise their respective roles as the angel Aziraphale and demon Crowley in six new episodes, which will begin filming in Scotland later this year.

Per Amazon, the second season “will explore storylines that go beyond the original source material to illuminate the uncanny friendship between Aziraphale, a fussy angel and rare book dealer, and the fast-living demon Crowley. Having been on Earth since The Beginning and with the Apocalypse thwarted, Aziraphale and Crowley are getting back to easy living amongst mortals in London’s Soho when an unexpected messenger presents a surprising mystery.”

Neil Gaiman will continue to serve as executive producer and co-showrun along with fellow EP Douglas Mackinnon, who will also return to direct. Rob Wilkins, John Finnemore and BBC Studios Productions’ Head of Comedy Josh Cole will also executive-produce, while Finnemore will serve as co-writer alongside Gaiman. 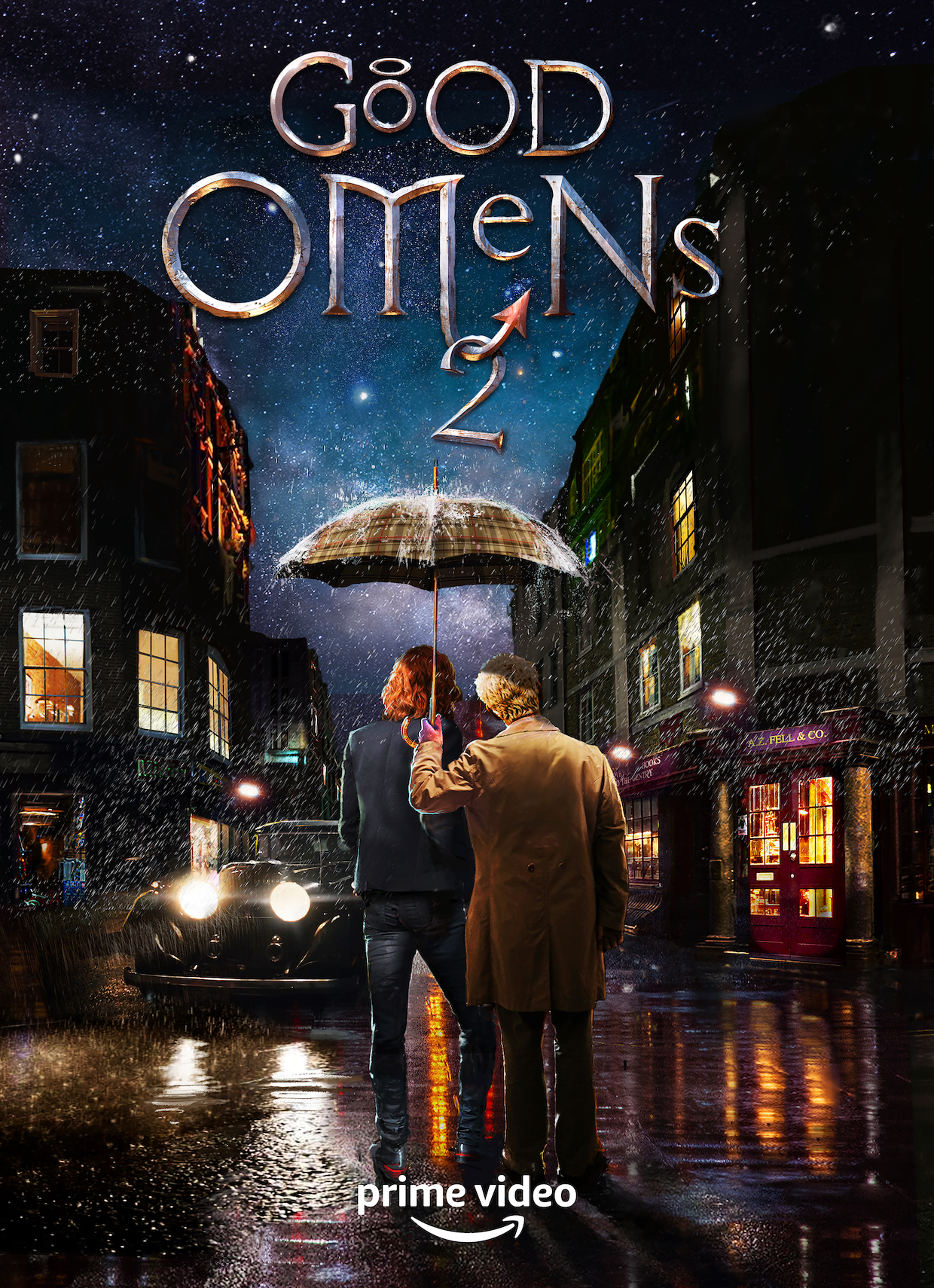 “It’s 31 years since Good Omens was published, which means it’s 32 years since Terry Pratchett and I lay in our respective beds in a Seattle hotel room at a World Fantasy Convention, and plotted the sequel,” Gaiman said in a statement. “I got to use bits of the sequel in Good Omens — that’s where our angels came from. Terry’s not here any longer, but when he was, we had talked about what we wanted to do with Good Omens, and where the story went next. And now, thanks to BBC Studios and Amazon, I get to take it there.

“I have enlisted some wonderful collaborators, and John Finnemore has come on board to carry the torch with me,” the statement continues. “There are so many questions people have asked about what happened next (and also, what happened before) to our favorite Angel and Demon. Here are the answers you’ve been hoping for. We are back in Soho, and all through time and space, solving a mystery, which starts with an angel wandering through Soho, with no memory.”

Added Sheen, “Personally I’m against it, but the world isn’t going to just save itself, is it? If David and I can manage to not fall out too badly this time it may even have a chance of getting finished.”

Tennant also chimed in, saying that “the return of Good Omens is great news for me, personally. As I get to work with Michael again, and I get to say Neil’s wonderful words once more. It’s probably less good for the universe as it almost certainly means there will be some fresh existential threat to its existence to deal with, but, you know – swings and roundabouts…”

The first season of Good Omens was released on Amazon Prime in May 2019 and was based on the beloved 1990 novel Good Omens: The Nice and Accurate Prophecies of Agnes Nutter, Witch, by Pratchett and Gaiman. In addition to Sheen and Tennant, the Season 1 ensemble included Jon Hamm, Nick Offerman, Jack Whitehall, Miranda Richardson, Adria Arjona, Michael McKean, Anna Maxwell Martin and Mireille Enos.

TVLine’s Streaming Scorecard has been updated to reflect Good Omens‘ surprise renewal. Are you looking forward to another season?