As Bosch set out to crack its final batch of cases, the Amazon Prime series took a moment to have a bit of very meta fun, by establishing that Detective Jerry Edgar is a big fan of The Wire, the HBO crime drama on which cast member Jamie Hector played Haitian drug peddler Marlo Stanfield.

About two-thirds of the way into Season 7’s premiere episode, Detective Collins (played by Carlos Miranda) remarked to J. Edgar that a local drug lord known as La Mayorista “is an unusual woman. Looks like a banker, kind of a female Stringer Bell.” Collins then asked Jerry, “You watch The Wire…?”

Breaking down that wonderfully meta reveal, Hector told TVLine, “Oh, Jerry had to binge The Wire! He had to binge The Wire because 1) everybody’s talking about it, and 2) he’s raising two boys, so he might just start with Season 4 just to learn about the education system, you know?” 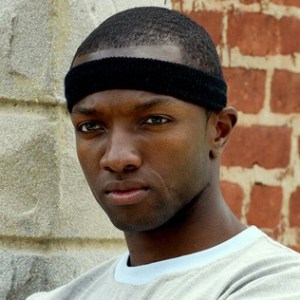 Jamie Hector on The Wire

Hector went on to posit that The Wire‘s season-by-season narratives have schooled Jerry in a multitude of ways. “When Jerry is like, ‘Harry, did you hear about this political situation that’s taking place?,’ and Harry looks at him like, no, that’s beyond my pay grade, Jerry does know, and he might get that information from The Wire. Politics, education, the media…. Yeah, I’m sure he dove into it on his own to be entertained, to learn, to grow, to be a part of the chatter, and also because he likes to be in the know [when it comes to] fresh clothes, his fly suit, his shoes, his fragrance, his car, his lady…. Everybody’s talking about [that show]. You don’t want to be left out the loop.”

Did Hector know the tie-in was coming, that the proverbial streams were going to be crossed? In a word, no. The dialogue that connected J. Edgar to Hector’s former gig “snuck up on me,” the actor attests. “[Bosch EP] Eric Overmyer was one of the writers on The Wire, as well, so he’s a longtime friend, a great guy and an amazing writer. I was happy to see him actually bring it in. It was pretty cool!”