When Nadia left to study in New York at the end of Elite Season 3, it seemed like her relationship with Guzman might be over. But the pair are now doing the long-distance thing, as revealed in a short story released on Tuesday, which also gave fans of the couple a somewhat bittersweet reunion ahead of Season 4’s premiere this Friday.

The special installment finds Omar calling Nadia to see if she’s coming to their sister’s wedding. At first, Nadia makes up an excuse about how expensive a round-trip ticket would be, but as Omar begins to dig deeper, he realizes the real reason why Nadia doesn’t want to come home: Guzman. She doesn’t want to see him. Uh-oh, is there trouble in paradise? 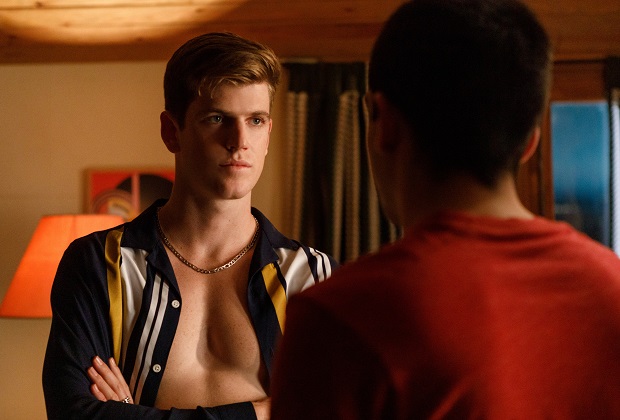 To make sure Nadia and Guzman’s paths don’t cross, Omar invites his sister’s boyfriend to go camping with him, Ander and Samuel that weekend. Guzman reveals that he bought a plane ticket to New York to surprise Nadia that same weekend. After getting the truth out of Omar, Guzman video-chats with Nadia and catches her in her lie, which turns into an argument. Nadia later calls and explains that she misses him so much that she’s worried she won’t want to come back to New York if she sees him. Guzman makes her a deal: If she comes to Madrid, they’ll just call each other and not see each other. The sacrifice even gets the respect of Omar, who remarks, “Not many people would do something like that, Guzman. It says a lot about you.”

So Nadia attends her sister’s wedding, where Omar argues that the real reason Nadia doesn’t want to see Guzman is because she’s afraid the butterflies in her stomach will be gone and “that a love that was meant to be forever was just a high school crush.” Nadia’s sister, in turn, gives her some advice: “Be brave enough to see him. Don’t let fear decide for you.” 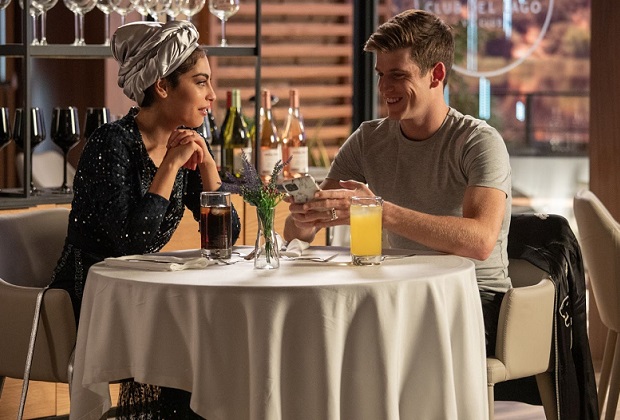 That’s enough to convince Nadia to go to the lake club to surprise Guzman, who’s practically stunned speechless. Nadia wants them to go on an average date so she won’t be sad when she gets to the airport. Guzman plays along at first, finally giving her a kiss (but not a too-good one) and leading her to only a partial view of the sunset over the lake. But Guzman is too charming, saying the only flaw he can find in Nadia is that every time he sees her smile, she’s seven hours away. And he doesn’t understand why wanting to have an amazing date with “the love of your life” is so horrible. Plus, when Nadia says her sister is in love but still herself, it raises a red flag for Guzman.

After a cooling-off period, Nadia calls Guzman as if they’re chatting thousands of miles apart instead standing across the lawn from each other. “Today was an illusion. I won’t be tied down to an illusion,” she declares. “I was starting to fly, and I feel you won’t let me.” 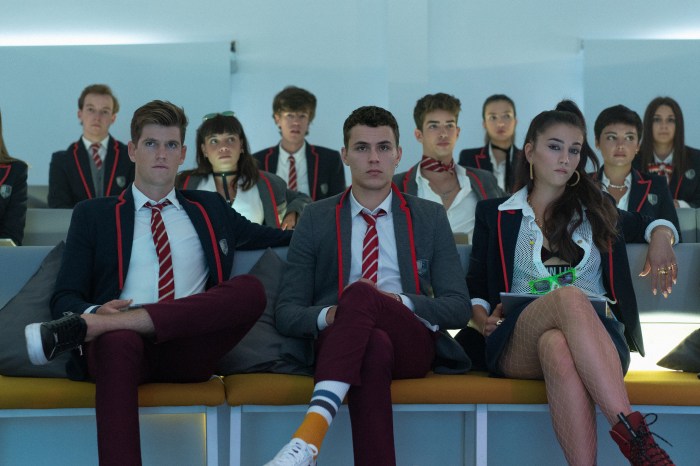 She immediately apologizes for how her words came out and insists she doesn’t want to leave Guzman. She just wants them to be able to live their lives and see if their relationship survives that. “Besides, we’re not that bad on the phone,” she adds, and Guzman agrees.

“I want you to fly, Nadia. Of course I do. How could I not? I’ve always wanted that,” Guzman says. But first, he wants them to be themselves and stop with the average date. Then he promises to put her on the plane himself, however difficult it might be. And so the couple goes back to their long-distance calls with a renewed heart.

Elite fans, what did you think of Nadia and Guzman’s short story? Do they have what it takes to make their relationship last? And did you enjoy finally getting to meet Nadia and Omar’s sister?