Disney+ is turning back the pages of a tale as old as time to answer questions you didn’t even know you had.

The network has officially greenlit Beauty and the Beast, an eight-episode limited series which serves as a prequel to the 2017 live-action movie of the same name.

Set several years before the events of the film, Beauty and the Beast (working title) “will follow Gaston and LeFou as they set off with LeFou’s step-sister, Tilly, after a surprising revelation from her past comes to light, sending the unlikely trio off on an unexpected journey filled with romance, comedy, and adventure,” according to the show’s official logline. “While the mysteries of the past are uncovered and the dangers of the present grow, old friends and new enemies reveal that this familiar kingdom harbors many secrets.”

But in an extremely rare turn of events, the most interesting part about the show’s announcement is actually nestled in the statement from Gary Marsh, president and chief creative officer of Disney Branded Television: “For anyone who’s ever wondered how a brute like Gaston and a goof like LeFou could have ever become friends and partners, or how a mystical enchantress came to cast that fateful spell on the prince-turned-beast, this series will finally provide those answers…and provoke a whole new set of questions.”

This implies that Gaston, whose previous connection to the Beast related only to their shared admiration for Belle, might know more about the Enchantress’ curse than fans would have ever suspected. This twist makes a lot more sense when you remember that the series comes from the minds behind Once Upon a Time. Establishing “previously unknown” connections between decades-old characters is kind of their thing. 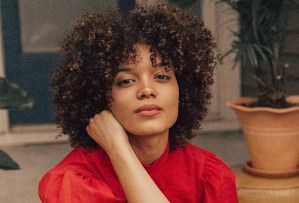 Luke Evans (Gaston) and Josh Gad (LeFou) will reprise their roles from the movie, while Briana Middleton will play newcomer Tilly.

Beauty and the Beast is developed, executive-produced and written by Gad, Evans, Edward Kitsis and Adam Horowitz, each of whom will serve as a co-showrunner. Additional executive producers include Liesl Tommy, who will direct the first episode, and Alan Menken, who will compose an original soundtrack for the series. Production on the show is set to begin in spring 2022.

Your thoughts on Beauty and the Beast, including suggestions for a final title? Drop ’em in a comment below.