Naomi Watts and Bobby Cannavale will be stalked by The Watcher in Netflix’s forthcoming limited series from executive producers Ryan Murphy and Ian Brennan (Ratched, The Politician), our sister site Deadline reports.

The pair will star as a married couple whose move into their dream home is threatened by terrifying letters from a stalker who calls himself “The Watcher”. The series is inspired by the real-life “Watcher” house in New Jersey, which was put back on the market after the new homeowners received chilling letters from “The Watcher,” who claimed to have been “watching” the house for decades. When the house failed to sell, the family rented it out, and the renters also got a threatening letter.

Watts’ previous TV credits include The Loudest Voice, Twin Peaks and Gypsy, while Cannavale co-starred in Homecoming, Mr. Robot and Will & Grace, among other shows. He next appears in the Hulu limited series Nine Perfect Strangers. 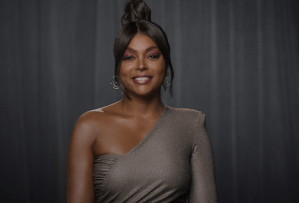 * Taraji P. Henson will host the 2021 BET Awards, which will bestow Queen Latifah with the Lifetime Achievement Award during the telecast, airing Sunday, June 27 at 8/7c.

* Younger‘s final season will make its linear debut on TV Land with two back-to-back episodes on Wednesday, July 7 at 10 pm.