The CW’s The Republic of Sarah attempted to build its own country during Monday’s debut — but did the new drama get your vote for independence?

Before you chime in with your thoughts, a brief recap: The series is set in the small New Hampshire town of Greylock, which starts attracting a lot of attention when the mineral coltan is discovered underneath its land. Soon, Lydon Industries’ mining trucking are rolling in, ready to destroy the picturesque hamlet and people’s property in the name of greed. Naturally, edgy high school history teacher Sarah Cooper (Tell Me Your Secrets‘ Stella Baker) and her fellow townspeople are not happy, even though Lydon is promising to build them new homes. And the conflict is even more personal for Sarah, whose lawyer brother Danny (Blindspot‘s Luke Mitchell) has returned to Greylock after years of radio silence to lead the charge on behalf of Lydon.

When the governor gets eminent domain over the town’s public property, allowing Lydon to begin mining, Sarah comes up with a crazy plan: The town should claim independence, courtesy of a mapping loophole. She explains that Canada and the United States drew their borders in different places as a result of a shifting tidal bed, so the land where Greylock sits was never formally claimed by either country. At first, Sarah suggests this idea as just a stalling tactic, but it’s not long before the town is voting on independence for real — and it actually goes through! That declaration catches the attention of the feds, who show up to arrest Sarah, aka Greylock’s new leader, at the end of the premiere. 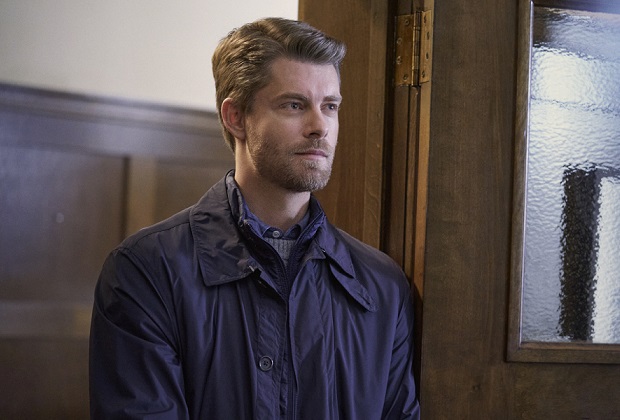 Now that we’ve covered the politics, let’s talk about the relationships: The Cooper family dynamic is a complicated one, with an absentee father and an alcoholic mother (Reign‘s Megan Follows) who abused her son. Sarah understands why Danny cut off communication with their mom Ellen, a former senator, after he abruptly left town without even an explanation to his ex-fiancée/Sarah’s BFF Corinne (Awkward‘s Hope Lauren). However, a tearful Sarah can’t comprehend why he stopped talked to her, too. When Danny’s Lydon superior blackmails Sarah with her mother’s dirty history of DUIs, Danny actually does the decent thing to protect his sister and goes to see Ellen, who reveals her battle with alcoholism on TV. 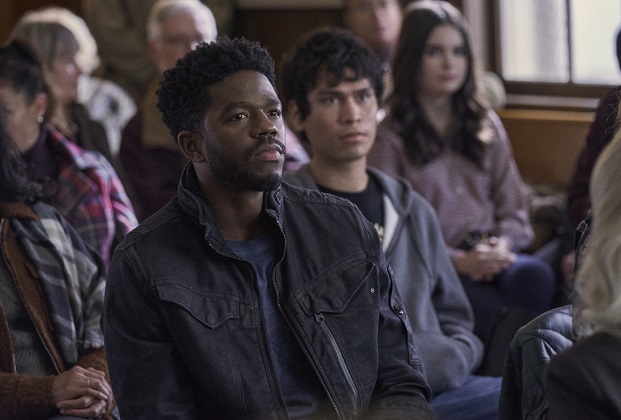 On the romantic front, Sarah is not-so-secretly in love with her friend Grover (New Amsterdam‘s Ian Duff), a diner manager whose wife died, while Sarah’s roomie AJ (Hawaii Five-0‘s Nia Holloway) is a cop who’s having an affair with the mayor’s wife (the ubiquitous Nicola Correia-Damude of The Boys, Nurses, Burden of Truth and every Canadian-shot show).

Also joining Sarah’s mission are a trio of high school students: L.A. transplant Maya (Westworld‘s Izabella Alvarez), who has been sent to live with her gay dad; introspective outsider Tyler (The Liberator‘s Forrest Goodluck); and the mayor’s daughter/popular girl Bella (Fuller House‘s Landry Bender). The latter two hit it off when Tyler gives Bella a ride home after she ditches her jerky jock boyfriend.

What did you think of The Republic of Sarah? Grade it below, then hit the comments!