Warning: The following contains spoilers for Thursday’s Walker. Proceed at your own risk!

Tragedy once again struck the Walker family during Thursday’s episode, when Clint stabbed Hoyt (played by Matt Barr) in the abdomen during a shootout at the ranch.

“I love you, all,” Hoyt told Cordell Walker and his family as he bled out. Then he added, “I always knew it’d end this way, buddy.”

Following the loss of his best friend, the Texas Ranger turned in his badge to his boss. “He has to really acknowledge that there might be something that he is doing that is causing” all this devastation, star Jared Padalecki tells TVLine. The death of Walker’s wife Emily “was a terrible, terrible tragedy that wasn’t indicative of a greater problem, but now that armed gunmen are showing up at his house with his family, and he loses yet another family member, [it] makes him look in the mirror and decide to make a drastic and dramatic change to try and just stymie all this tragedy that he feels his profession and his choices are bringing his way and his family’s way.”

In the upcoming episodes, the Texas Ranger will be “considering his job, considering where he’s living, considering where his kids go to school, considering what he does and doesn’t share with his brother and parents,” Padalecki previews. “Everything’s on the table now. Walker has to make a legit life change or series of life changes to try and change the trajectory of what’s been happening in these first 13 episodes.” 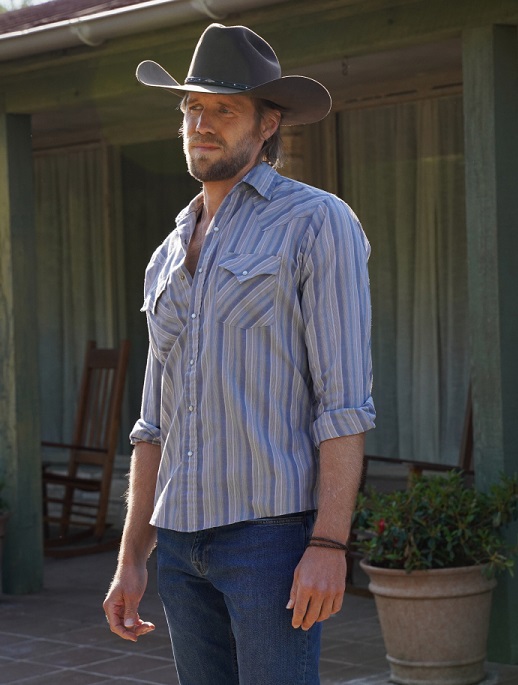 Hoyt’s death will also have a major impact on the possibly nascent romantic feelings between Walker and Geri, who shared a kiss a few episodes ago. “I think they both share insane guilt. Walker already felt guilty about Emily, as did Geri, since she was there that night when Emily lost her life,” Padalecki says. And since Hoyt found himself in the center of danger because he’d gone to confront his pal about the smooch, “Walker and Geri both feel like Hoyt wouldn’t have even been at the ranch if [they] hadn’t have kissed” — not that Walker and Geri have even figured out what the lip-lock meant to them.

“They were both people that were grieving and hadn’t dealt with it,” Padalecki shares, “and [the kiss] was something that happened that they hadn’t even had time to really explore yet and go like, ‘Does this mean something? I was your widower’s best friend, and your best friend is my kind of on- and off-again boyfriend for the last decade or whatever.’ And so it just kind of compounds the unanswered questions they already had. It’s going to definitely complicate things.”

“But they care about each other, platonically, first and foremost,” Padalecki adds. “They want the best for each other, each other’s families. And so the idea that both now feel responsible for what happens to Hoyt in [Episode] 13, it’s going to make that even more cloudy.”

Walker fans, what did you think of the tragic twist? Hit the comments!