The fastest way to separate die-hard Snowfall fans from trendy ones is dropping White Rob’s name.

Played by actor Taylor Kowalski, White Rob is an old friend of Franklin’s from high school, a member of his O.G. crew and the one who introduced him to his first plug, Avi. That’s why Rob’s brief but significant appearance in Season 4 mattered to hardcore Snowfallers who reveled in seeing his familiar face.

“Franklin needed an access point in the Valley, and Rob is already there,” Snowfall EP and writer Leonard Chang tells TVLine about White Rob, who he included in the script for Episode 2, titled “Weight.” Like Franklin and Rob, Chang has been a part of FX’s beloved crime drama since the beginning. He also co-penned this season’s Episode 7 with new staff writer Jeanine Daniels.

In Episode 2, Rob had Franklin’s back during Manboy’s failed attempt to eliminate Skully.

“Franklin could trust Rob to at least be the driver,” he says. “At that point in Season 4, Franklin had to buckle down and rely on his closest family and friends.” 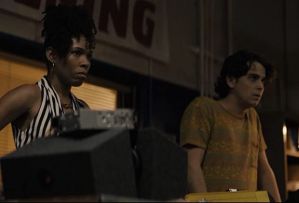 Worry not, White Rob fans. His appearance in a singular installment had more to do with COVID than Franklin’s trust in him, and he will likely be back next year when the series returns.

“We wanted to bring him in more for Season 4, but because of the pandemic and scheduling, we ended up using him less,” Chang says. “But we’re actually trying to bring Rob back in Season 5.”

At least Rob’s return is an option. Other characters, such as dogged investigative reporter Irene Abe (Dead to Me‘s Suzy Nakamura), weren’t so lucky. After Irene attempted to expose the CIA as a drug supplier, Teddy killed her. While a number of fans hoped for her demise because she posed a threat to Franklin’s drug empire, Irene also happened to be an Asian American during a time when anti-Asian sentiments and hate crimes have increased.

Chang, a Korean American who was born in Spanish Harlem, says he was concerned that Irene’s inevitable death could send the wrong message. But she is also loosely based on real-life investigative reporter Gary Webb, who wrote about the CIA’s reported involvement in the crack-cocaine epidemic and died in what some believe was a staged suicide.

“As an Asian American, I’m completely sensitive to those issues,” says Chang. “However, we based her on Gary Webb, and like Gary, she got too close. We decided to make her Japanese American even before the Trump-isms and anti-Asian sentiments. It was really important for us to diversify the show’s landscape and honor and understand South Central’s Japanese American contingency. South Central is more diverse than it’s often portrayed on screen.” 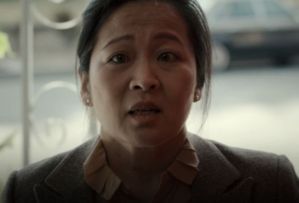 “Irene went to UC Berkeley and was in the Bay Area when Alton was,” Chang adds. “That stuff about her knowing Black Panthers was an experience rooted in reality. There were a lot of social justice movements in the ’60s and ’70s that involved the Black Panther movement and Asian Americans protesting in the struggle together. We wanted to be true to those historical accuracies, and making Irene Asian American allowed us to easily establish that link.”

Besides, he argues, Snowfall will be around long after the current wave of anti-Asian aggression has dissipated, and the knowledge of this brings him comfort.

“The story we’re trying to tell is important to tell for posterity,” Chang surmises. “We’re not just telling a story in a show. We’re really trying to honor some semblance of authenticity. It’s a fictionalized story, but there’s a lot that we can do with this wonderful cast that is more meaningful to us and hopefully our audience.”