Netflix is holding out for a hero in the first teaser for Kevin Smith’s animated He-Man series Masters of the Universe: Revelation, featuring Chris Wood (Supergirl) as the voice of the iconic character.

“After a cataclysmic battle between He-Man and Skeletor (Mark Hamill), Eternia is fractured and the Guardians of Grayskull are scattered,” reads the official synopsis. “And after decades of secrets tore them apart, it’s up to Teela (Sarah Michelle Gellar) to reunite the broken band of heroes, and solve the mystery of the missing Sword of Power in a race against time to restore Eternia and prevent the end of the universe.” The voice cast also includes Lena Headey (as Evil-Lyn), Liam Cunningham (as Man-At-Arms), Alicia Silverstone (as Queen Marlena), Justin Long (as Roboto), Jason Mewes (as Stinkor) and Kevin Conroy (as Mer-Man), among others.

Part 1 (consisting of five episodes) and an aftershow special (with appearances from the cast and Smith) will both debut on Friday, July 23.

*  Never Have I Ever will return for Season 2 on Thursday, July 15 on Netflix.

* HBO Max has renewed the romantic comedy Starstruck for Season 2, whose ensemble cast will include Minnie Driver (Speechless) and Russell Tovey (Years and Years, Quantico).

* The Chair, a new Netflix series starring Sandra Oh and showrun by Amanda Peet, will now premiere Friday, Aug. 20. Get a first look: 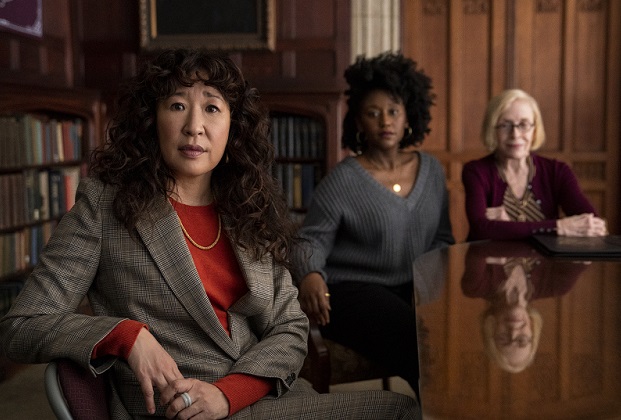