Class will indeed be back in session when Stranger Things makes its long-awaited return. 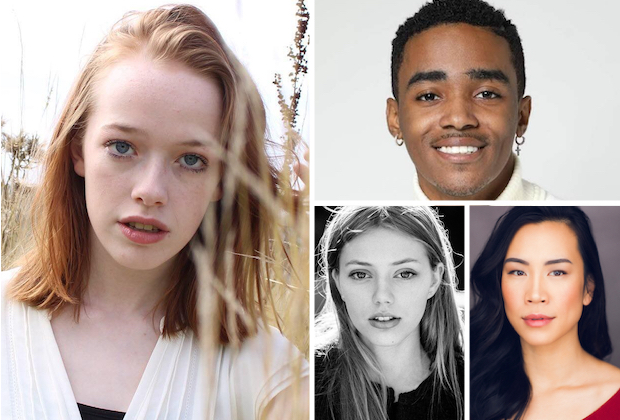 Netflix on Wednesday confirmed four more cast additions for the ’80s-set drama’s delayed fourth season, and all of the new characters have ties to Hawkins High. (The school essentially sat out of Season 3, which took place during summer.)

Here’s the scoop on the four new recurring players:

Amybeth McNulty (Anne with an E) will play Vickie, a cool, fast-talking band nerd who catches the eye of one of our beloved heroes.

Myles Truitt (Black Lightning) will play Patrick, a Hawkins basketball star who has friends, talent, and a good life…until shocking events send his life spiraling out of control.

Regina Ting Chen (Queen of the South) will play Ms. Kelly, a popular guidance counselor who cares deeply for her students — especially those struggling the most.

Grace Van Dien (The Village) will play Chrissy, Hawkins High’s lead cheerleader and the most popular girl in school. But beneath the seemingly perfect surface lies a dark secret.

Stranger Things: Here's Everything We Know About Season 4 (So Far)

Though there’s still no premiere date for Stranger Things‘ pandemic-postponed Season 4, production resumed in Georgia last fall. As previously reported, other new Season 4 cast members include Robert “Freddy Krueger” Englund as an especially scary mental patient and Game of Thrones alum Tom Wlaschiha as one of Hopper’s Russian captors. (Get the deets on the other cast additions here.)